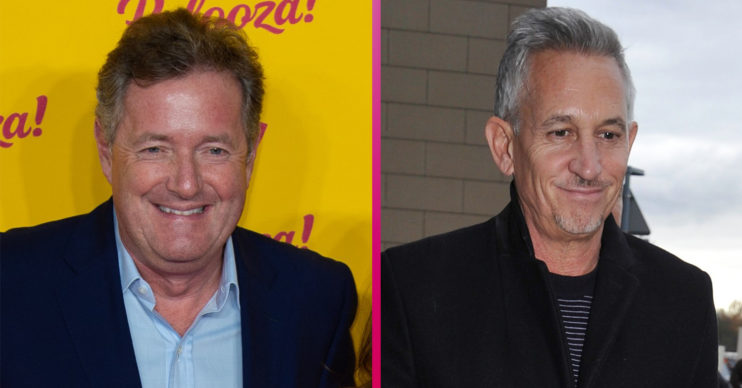 The pair have had many feuds in the past

Piers Morgan has praised Gary Lineker as he prepares to take in a refugee at his £4 million home.

Despite the pair squabbling many times on Twitter, Piers has finally sung his rival’s praise.

Addressing his 7.6 million Twitter followers, Piers shared a headline from a newspaper.

The headline reads: “Why refugee is coming to live with me” and is accompanied by a snap of a smiling Gary.

Piers wrote: “This is called putting your money where your mouth is.

The Match of the Day star swore to take in a refugee after he was challenged on Twitter.

After sharing his anti-Brexit beliefs online, some users accused him of being a ‘leftie lovvie.’

Piers said Gary is staying true to his word

And when he shared a headline regarding the refugee crisis, trolls hit out.

He asked his followers: “How could you not have empathy for people living this nightmare?”

And when one user asked if he would be housing refugees, he replied “not yet”.

This was then followed up with a screenshot of an application to offer his home to refugees.

Now Gary says he has to first do an interview with Refugees at Home charity before earning final approval.

However, he told The Mirror he expect to welcome a refugee “within weeks”.

He also said he has no fears about inviting a stranger to live with him.

Gary told The Mirror: “I have had so much connection with refugees over the last couple of years.

“I have met scores of young ­refugees through football schemes and they are genuinely lovely kids and they appreciate any help they can get.

Gary says he has spent significant time with refugees already

The former footballer is also working with the International Rescue Committee to raise awareness of the refugee crisis.

He features in a new video about fish and chips. Released on National Fish and Chips Day (September 4), it shows how many British foods became introduced by Jewish refugees in the 16th century.