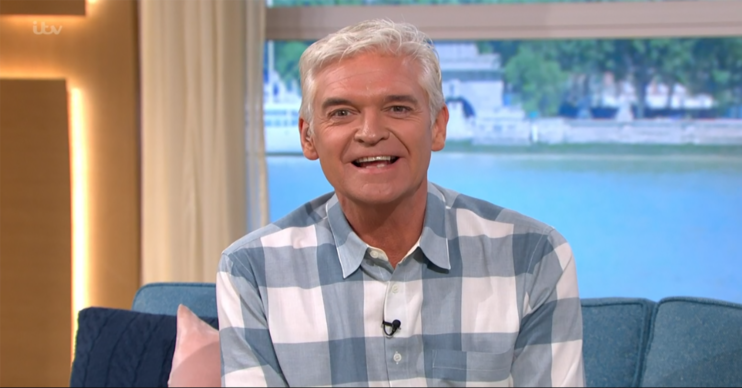 This Morning host Phillip Schofield being lined up to reveal all in £1.5m autobiography

It'll be a riveting read for fans of the presenter

TV’s Phillip Schofield could be about to spill the beans in a tell-all book with a deal worth a whopping £1.5 million.

According to reports, the This Morning presenter is said to be “tempted” by the offer.

The autobiography would lead up to the moment Phil came out as gay earlier this year.

Although Schofe has been married to wife Steph for 27 years, he revealed a few months ago that he is, in fact, gay.

The couple have two daughters together.

Schofe chose the This Morning sofa as the place to reveal the truth about his identity during a chat with co-host Holly Willoughby.

Book publishers are all desperate for him to write an autobiography.

The emotional statement ended in hugs between Phil, Holly and co-presenters Eamonn Holmes and Ruth Langsford.

And now publishers want him to tell his story about everything which led up to that point.

An insider told The Mirror: “Book publishers are all desperate for him to write an autobiography. They know it could be a bestseller as he’s such a household name with a legion of fans.”

And Schofe would certainly do well out of it financially.

“The money on advances is now more than £1.5m, which could tempt him!” the source continued.

ED! approached Phillip’s representatives for a comment on this story.

A spokesman said: “We are not commenting on the Mirror story.”

In isolation with Steph

During lockdown, Phillip has been isolating at his family home in Oxfordshire.

Although they have separated, Philip and Steph remain close.

Some reports suggested Phillip had moved into a new flat after coming out.

Fans asked why he was splitting time between the new place and his family home, potentially breaking lockdown rules.

But Schofe has set the record straight, sharing many moments of family life alongside Steph and daughters Ruby and Molly since lockdown began.

They have been keeping themselves amused with murder mystery parties.

And Phil has also shared the moment his wife cut his hair in a hilarious video on Instagram.

Would you buy a copy of the book? Go to our Facebook page @EntertainmentDailyFix and leave a comment to let us know.