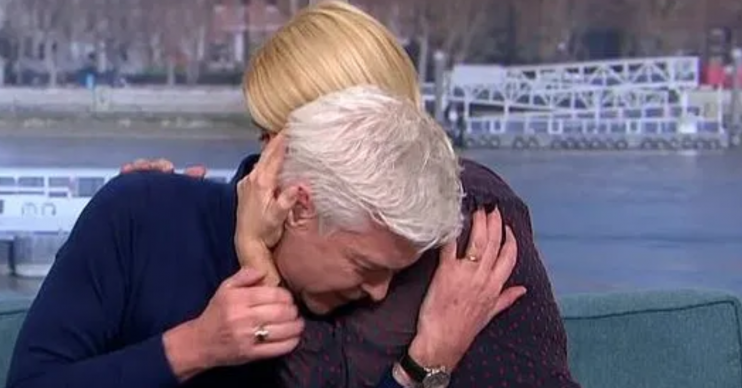 Charlie Brooker hosted a special of the cult show

In the sartorial special, Charlie took a surprise swipe at Phillip, 58.

He specifically parodied his coming out of as a gay man.

In his now infamous clip on This Morning coming out, Charlie switched Phillip’s speech to Holly Willoughby saying his speech.

Phillip looked on as if he were channeling Holly’s words.

Charlie described the scene as: “In a bizarre ventriloquist act Holly Willoughby temporarily identified as Phillip Schofield to announce that they were now identifying as a gay man, which is as 2020 as it gets.

“Hang on, this is weird actually, because when she speaks and it cuts to him, it feels like you’re hearing his internal monologue, especially if you put some reverb over the top.

“Anyway with that, after 58 years the beloved silver-haired This Morning wingman had come out. Just in time for the government to tell him and the rest of us to go back in.”

Clearly poking fun at both Phillip’s emotional This Morning scene and the new identification of “they” – fans took to Twitter to praise the scene.

Another tweeted: “That Holly and Phil bit was SO GOOD. Good to have you back.”

Phillip officially came out back in February live on This Morning.

His co-presenter Holly read out his speech, which he’d drafted on Instagram.

She read: “You never know what’s going on in someone’s seemingly perfect life, what issues they are struggling with, or the state of their wellbeing – and so you won’t know what has been consuming me for the last few years.

Phillip married his wife Stephanie Lowe in 1993. They have two daughters together.

He and Holly have continued to present This Morning throughout the coronavirus pandemic. The pair now sit two metres apart at all times.

What do you think of Charlie Brooker’s skit? Share your thoughts with us on our Facebook page @EntertainmentDailyFix.