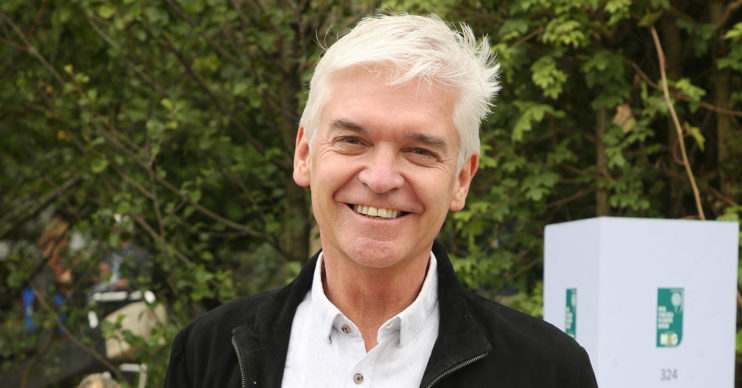 Dads up and down the country are celebrating Father’s Day today, and Phillip Schofield joined them in the celebrations with his own sweet post on Instagram.

The 58-year-old father-of-two took to social media to show off the gifts he’d received from his beloved family.

The ITV star showed off three Father’s Day cards as he sipped on a much-deserved cup of tea, and made sure to add a big red heart to show his appreciation.

In another clip, Phil then proved just how much his daughter’s Ruby and Molly care for him by revealing they had baked him some tasty looking homemade biscuits.

He captioned the sweet video: “The girls have made ginger biscuits for me!”

It marks the first Father’s Day for the This Morning presenter since he came out as gay to his family.

The TV star announced his sexuality in February in a moving Instagram post just minutes before discussing it live on his ITV daytime show while sitting alongside his best pal and co-star Holly Willoughby.

“With the strength and support of my wife and my daughters, I have been coming to terms with the fact that I am gay,” wrote the presenter in a heartfelt message.

Earlier this week, viewers watched as Holly and Phil held back tears during an emotional segment on This Morning.

Bob Lowe appeared on Thursday’s show to discuss losing his wife of 65 years, Kath, who died from Alzheimer’s in 2011.

He wrote a poem about his loneliness which became the inspiration for the charity The Silver Line.

“Can we mix our ashes and be together… so we can snuggle up forever and ever?” said Bob as Philip became visibly emotional.

The presenter tearfully replied: “Oh! I had not heard that before. That got me that’s for sure.”

Viewers were left in tears too, with one tweeting: “Widower Bob with his moving poem to his late wife is absolutely melting my heart, what a gentleman.”

Are you celebrating Father’s Day too? Leave us a comment on our Facebook page @EntertainmentDailyFix and let us know.