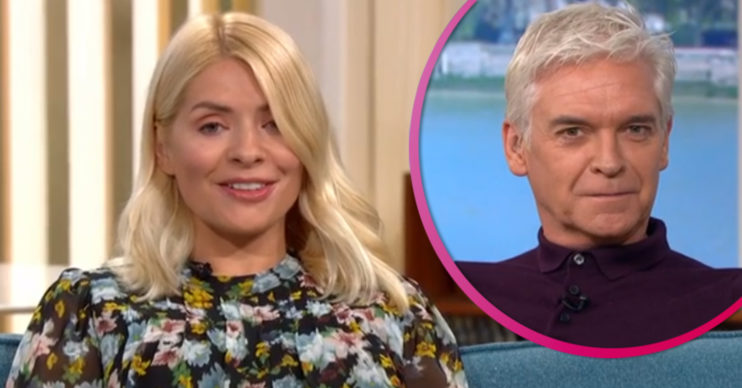 They felt good after though!

TV’s Holly Willoughby feared she “shouldn’t be on the telly” as she and Phillip Schofield tried a breathing technique on This Morning.

The duo spoke to wellness guru Wim Hof, who has completed a series of extreme challenges by controlling his breathing.

Among his achievements are scaling Everest in a pair of shorts and running a marathon across the Namibian desert without a single drop of water.

Read more: Holly Willoughby fans delighted as she wears a £20 blouse to host This Morning

Wim taught Holly and Phil some breathing techniques, which helps to relieve stress.

However, the method left the pair feeling “high” as Wim guided them through the breathing exercise.

I feel like I shouldn’t be on the telly right now.

Speaking about his methods, Wim said: “It is always evidence based. There’s no speculation about it.

“It shows in brain scans, if we do specific breathing exercises we can tap into areas of the brain thought to be impossible.

“It is scientifically proven that we are able to tap in consciously inside of our own brain, much further, much deeper.”

Wim told the pair to begin taking a deep breath in and then letting it go.

However, he told them to do this 30 times.

After that, Wim said: “After the exhalation, stop. Stop the breathing, close your mouth.

“There is no need for breathing. You are a little bit high. That’s what I always say, get high on your own supply.

“This is activating now the immune system.”

In conclusion, Wim told the pair to take a final deep breath in, hold it and then let it go.

Phil and Holly were very relaxed

As the exercise came to an end, Holly was taken aback by how she was feeling.

She said: “Oh my god… I feel like I shouldn’t be on the telly right now.”

After that, Wim explained that he can hold his breath for up to seven minutes.

'A cold shower a day keeps the doctor away' says wellness guru @Iceman_Hof!

What are your thoughts about a cold shower? Are you brave enough? ❄️🚿 pic.twitter.com/jzHyveQXLC

Did you try Wim’s breathing exercise? Head to our Facebook page @EntertainmentDailyFix and tell us.