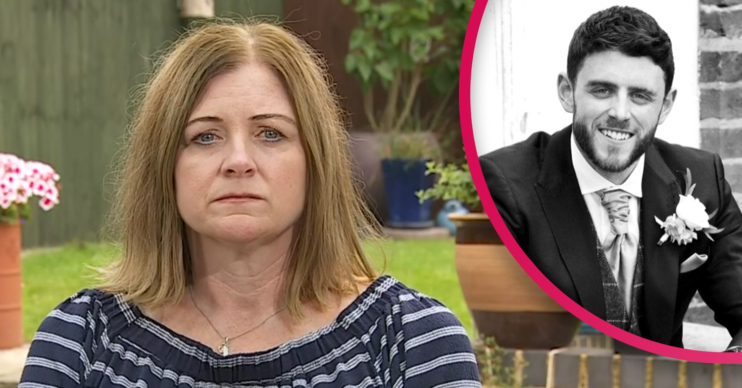 The first responder tragically lost his life while investigating a burglary on August 15 last year.

As he tried to stop thieves from hitching a stolen quad bike to the back of their car, his feet became entangled in a strap from the getaway vehicle.

For more than a mile, the officer was dragged to his death.

In a fresh blow to PC Andrew’s family, his killers Henry Long, Albert Bowers and Jessie Cole were cleared of murder last week and charged with manslaughter.

Their sentences are set to be reviewed with potential reductions due to their ages.

Devastatingly, this means that they could be free in just eight years.

The initiate calls for better protection for first responders while at work.

She told presenters Adil Ray and Ranvir Singh: “He put himself in harm’s way for our benefit – that’s what the blue services do while we’re sat in bed or going to the pub, they’re putting themselves in harm’s way.

“That’s why I think the blue lights services deserve a bit of better protection.

“Looking at a minimum of 20 years plus with no reductions for age.

“My issue at the moment is that if you are 19 – as one fo the defendants are – you can do so many things.

“You can be on a jury, you can change your gender, you can get a mortgage, so there’s no need for a reduction because you can do everything else.

“Why make that distinction because your’e not 21?”

Debbie went on to admit that had her son’s killers shown any remorse in court, she may feel differently.

“We’ve watched them laughing and joking…in the court room,” she added.

“They were joking, laughing, talking to each other – and their microphones weren’t even switched on. I don’t understand how that’s appropriate.

“I didn’t see any remorse.”