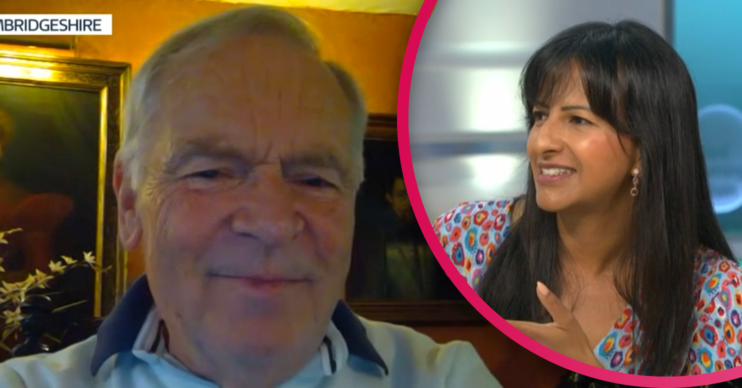 The former Tory MP was sent to prison for four years after lying and cheating during his 1987 libel trial.

So when he appeared on Good Morning Britain to criticise Donald Trump, viewers weren’t impressed.

Criticising the president’s response to the explosion in Beirut, Lord Archer told Ranvir Singh and Adil Ray: “I am absolutely appalled.

“[Trump] should be taking advice from his senior officials and he should be listening to them carefully.

“He just talks without thinking and he should have taken advice.

“Later is not something President Trump goes in for.”

Lord Archer’s comments triggered a huge backlash from viewers tuning in at home who were quick to take ti Twitter afterwards.

One wrote: “@GMB an all time low for GMB having Jeffrey Archer on the show.”

Another posted: “Why has @gmb got a criminal on?”

Moments later, a third tweeted: “@GMB what the hell are you asking the fool Archer to talk about trump, ex jail bird knows nothing.”

Shortly after, a fourth. added: “All that is wrong with the UK today, Disgraced LORD Archer on @gmtv.”

A firth commented: “@GMB oh the hilarity of “Lord” Jeffrey Archer giving advice to others. This is the same man found guilty on two counts of perverting the course of justice and two of perjury and who served a 4 stretch in Belmarsh prison?”

But it wasn’t an entirely negative response.

Others praised Lord Archer for his sense of humour as he laughed at the portrayal of him in Spitting Image.

“You’ve got to laugh at yourself in politics,” Lord Archer laughed. “If you don’t, you’re in real trouble.

“I was in a tracksuit bouncing around the cabinet table taking orders from the prime minister Margaret Thatcher and giving them to the lesser minions in the cabinet and they weren’t taking much notice of me!”

He added: “I had the great honour of running the country and representing Great Britain but it was so long ago no one remembers!”

'It's a terrible situation for any Prime Minister.'@Jeffrey_Archer tells @adilray and @ranvir01 that the government is 'doing everything they can' during the coronavirus crisis in response to the criticism the Conservative party has faced over their handling of the pandemic. pic.twitter.com/N2kpO83as7

Commenting on his ability to poke fun at himself, one viewer tweeted: “@Jeffrey_Archer just watched you on GMB and thinking what a nice man, and great sense of humour! Going to start buying your books and am now following you, obviously.”

Another then added: “#gmb Lord Archer is a great guest! His book sounds fab lol x.”

What did you think of Lord Archer’s interview? Visit our Facebook page @EntertainmentDailyFix and let us know what you think of this story.