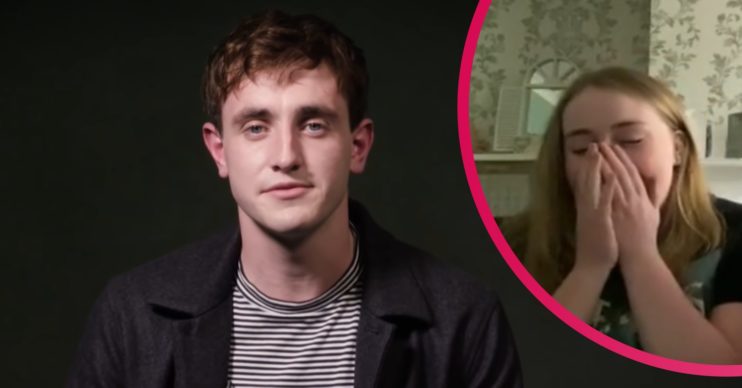 Paul Mescal looks exactly like his sister, according to fans of the Normal People star.

The Irish actor, 24, shared a couple of videos of himself on Instagram trying to play the piano with his younger sibling, Nell.

What happens in the video of Paul Mescal and his sister?

The hilarious clips shows Paul sitting next to Nell, who is a singer, ready to tickle the ivories for her.

But the pair find themselves suffering a severe case of the giggles – and laugh so much they can’t continue.

In the first, Paul insists, “We’ll edit it” after a few false starts, before realising the attempt is unsalvageable and admitting, “No, we’re cancelling it”.

@nellmescal takes herself way too seriously.

Read more: Fans left ‘bereft’ at the end of Normal People – but divided over second series

In the second, they try again but crack up just moments into the performance.

Fans flooded the comments. Many were quick to point out how much the duo are the double of each other.

Another echoed: “They look so alike!”

A third said, alongside a string of heart-eye emojis: “So cute, and the image of one another.”

The latter comment garnered dozen of likes, suggesting that many others also noted the likeness.

The image of one another.

Paul shot to fame earlier this year as one of the lead characters in BBC drama Normal People, an adaptation of the celebrated Sally Rooney novel of the same name.

Co-starting British actress Daisy Edgar-Jones, Normal People told the story of two young adults falling in and out of love through the end of high school, university and beyond.

Paul’s back on screens this week in new Channel 5 programme The Deceived.

In the four-part romantic thriller, he stars alongside Belgravia actress Emily Reid. The latter plays university student Ophelia, who has an affair with a good-looking lecturer Michael (Emmett J Scanlan), whom she tracks down in Ireland after he disappears.

While there, Ophelia learns of a family tragedy involving Michael’s wife, a famous author.

Are you watching Paul’s new Channel 5 drama? Leave us a comment on our Facebook page @EntertainmentDailyFix and let us know.