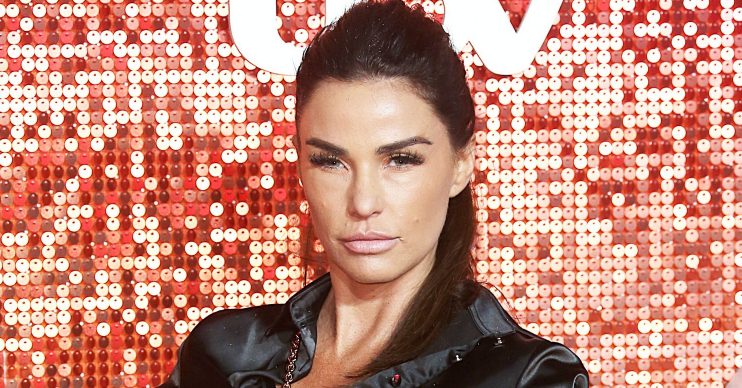 She’s made no secret of the fact that she isn’t a great cook, but model Katie Price is apparently in talks to appear on Celebrity MasterChef.

The mum-of-five has made no secret of her love of junk food, revealing that she once ate 12 McDonald’s hash browns in one sitting.

So it’s fair to say her friends are finding the news that she is considering signing up for the cooking show “hilarious”.

According to The Sun, Katie is “in talks” to appear on the BBC show fronted by John Torode and Gregg Wallace.

Pals say that with her lack of cooking skills, she is hoping that she’ll win the culinary pair over by adding some entertainment value to the show.

Read more: Piers Morgan sends message of support to Phillip Schofield after he comes out

A source revealed: “Katie’s in talks to appear on Celeb MasterChef – it’s all part of her mainstream TV comeback and she’s really excited.”

They added that her pals are joking she won’t be able to order a takeaway to the set and pass it off as her own.

Chocolate over everything 🙌🏻 @inthestyle are giving away these amazing tees with every order today! Head to my stories to shop x #AD

The source quipped: “All her friends think it’s hilarious as she’s not a great cook and are joking she won’t be allowed to order a takeaway to the studio, but she’d make good telly struggling to impress the judges.”

Although “nothing’s set in stone”, Katie is said to be excited about appearing on the show.

“Nothing’s set in stone but she’s hopeful she’ll make it onto the show,” the source added.

However, a MasterChef spokesperson would neither confirm nor deny the reports the model is set to appear.

All her friends think it’s hilarious as she’s not a great cook and are joking she won’t be allowed to order a takeaway to the studio.

They said that they would not comment on speculation over the line-up for the show.

Katie previously showed off her cooking skills alongside Gordon Ramsay on his show The F Word.

And Katie’s rep told ED! that her skills are improving.

They said: “Katie is a dab hand in the kitchen. She’s no stranger to peeling spuds and serves up some extremely tasty culinary delights!”

After being made bankrupt last year, the signing will surely come as a boost to Katie’s finances, with the star admitting she is determined to turn her life around.