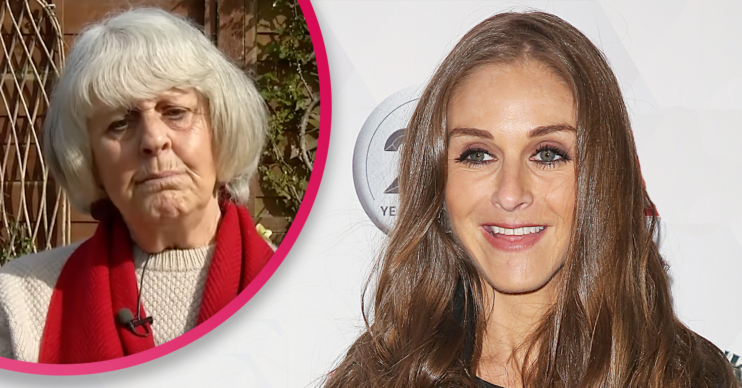 Nikki Grahame’s last words have been revealed by her grieving mother Sue.

Big Brother icon Nikki died last April at the age of 38 after a long battle with anorexia.

The much-loved star had been discharged from hospital the day before she died.

And now her mum has opened up about her last conversation with her daughter, revealing she heard her daughter take her last breath over the phone.

What did Nikki Grahame’s mum say?

Sue spoke to OK! ahead of the first anniversary of her daughter’s death.

She revealed that after coming out of hospital, Nikki wanted “some time alone” and was planning to go to a recovery clinic a few days later.

However, Sue admitted that “as it turns out” she was the last person to ever speak to Nikki.

What were Nikki’s last words?

Sue revealed: “On the day she died, she called me at 3.30am to tell me she’d made it to the bathroom with her new walking frame. I said: ‘Well done Nikki, take it one step at a time.'”

She continued: “She replied: ‘I’m so tired, Mum.’ I told her: ‘It’s okay, Sausage. Close your eyes and go back to sleep.’ She died in her sleep that night. I’d heard her final breaths.”

Nikki’s friend found her unconscious in bed late that day and Sue was alerted with a call from the pal “screaming and crying”.

Sue’s last moments with her daughter

Sue said that she made Nikki’s friends “promise” to stop the paramedics from moving her body until she arrived.

Heartbreakingly, she revealed that when she got to Nikki’s home she “kissed my little girl’s mouth and stroked her hair”.

Sue admitted: “I’ll never be able to forget watching her tiny frame being wheeled out of her bedroom in a body bag. I went down with her in the lift and just before they took her out of the building, I asked which end her head was at, and held it in my hands.”

Nikki had gone back to college

Tragically, Sue revealed that Nikki had been working as a dinner lady before the first lockdown.

Not only that, but she was training to be a teaching assistant.

After her death, Sue revealed that the college had got in touch with her to tell her Nikki had passed her qualification.

Head to our Facebook page @EntertainmenDailyFix and tell us what you think of our story.