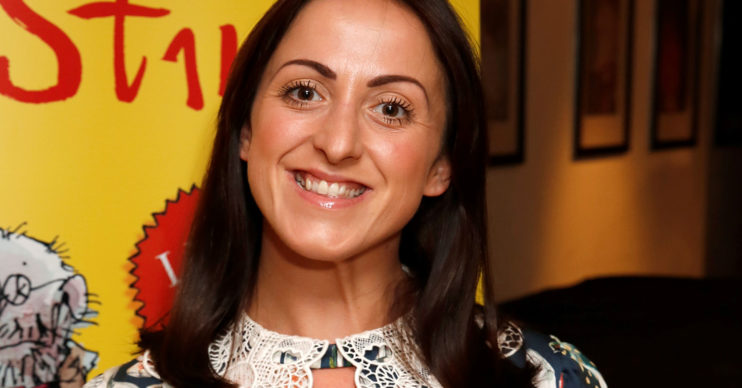 Natalie Cassidy has given fans a new glimpse of her gorgeous daughters Eliza and Joanie.

The EastEnders actress, 37, this week vowed to start using Instagram more and has now shared some clips of her girls online.

In one shot, the soap star has asked her 40,000 followers how often they eat pasta in the average week.

Youngest daughter Joanie is grinning at the camera, while Eliza is busy tucking into her pasta dinner.

Natalie asked: “The girls love their pasta so much… Sometimes I feel guilty but as long as you put a load of veg in it and change it up a bit I think it’s great.”

Good news for Natalie, as 74 per cent of her fans have admitted to eating pasta more than twice a week!

Natalie also filmed a sweet clip of Joanie singing her own made-up song while wearing a pair of Minnie Mouse pyjamas.

The actress can be heard asking her followers: “It’s very early, isn’t it, for this song. What do you think?”

The star has since gone on to tell fans that she is going out for the day with her girls and some friends.

Sharing a clip of bolognaise sauce bubbling away on the stove, Natalie said: “Cracking right on this morning.

“Made a lovely sauce. That’s for later, because we’re out all day. Sorted out all the packed lunches. I’m feeling it, I’m feeling it!”

Natalie, who plays Sonia Fowler in EastEnders, welcomed her daughter Eliza in September 2010.

At the time, she was in a relationship with then-fiancé Adam Cottrell and they documented the pregnancy for TV.

Natalie split with Adam in May 2011 and he was later given a restraining order for assaulting her.

The star forgave him and they tried again the following year, but the relationship did not last.

Natalie has since gone on to marry cameraman Marc Humphreys. They welcomed daughter Joanie in August 2016.