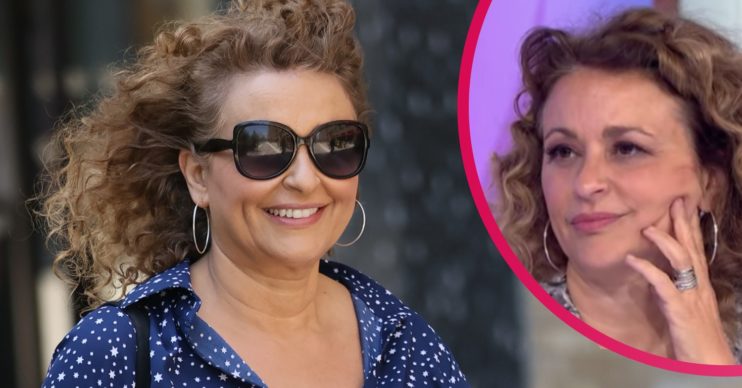 The Loose Women star has been gone for six days

Nadia Sawalha has posed for a couple of bed selfies after making a return to social media.

The Loose Women star, 55, embarked on a mystery hiatus six days ago without explanation.

Taking to Instagram on Saturday morning (September 12, 2020) however, Nadia came back with a bang.

Peeking out of her duvet the former EastEnders actress snapped several pictures of herself.

Posting them on Instagram, she told her fans just how much she has missed them.

But she also revealed that she hasn’t seen her husband Mark or their daughters during her time away either.

It’s crazy how being without a phone for six day’s left me feeling like I’ve been away for weeks.

Nadia wrote: “I MISSED you guys !!! What a week I’ve had! NO PHONE bonkers, but I loved it and am going to have a major life change!”

She added: “God can’t wait to see @mark_adderley and the girls AND find out how you’ve all been too!

“It’s crazy how being without a phone for six day’s left me feeling like I’ve been away for weeks!”

Where did Nadia Sawalha go?

Nadia then went on to ask her 311,000 followers how Mark had “behaved” online while she was gone.

“Have you missed me you lovely lot?” she continued. “How has Mark been behaving?

Fans have been quick to quiz Nadia about her disappearance, with one commenting: “Congratulations on taking time off from technology. So intrigued about your week. Missed your smile and energy.”

Others have convinced themselves that Nadia has been filming the celebrity version of The Circle.

One asked: “Have you been on the circle Nadia??”

A second added: “Missed you Nadia. I hope you had fun doing The Circle. I’m so glad you’re back now.”

But Nadia is remaining tight-lipped…. until tonight.

She also told her army of followers to tune into her family YouTube channel for a live video so they “can all have a little chat”. Interesting!

The star broke down in tears as she told fans she was stepping away from the social media platform for a while.

It came after Denise and Piers Morgan butted heads over her controversial coronavirus beliefs.