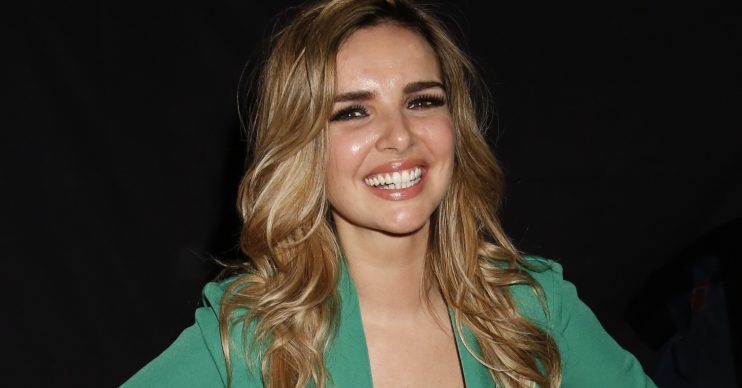 The singer, 34, had been dating the ex American football player for 11 years and they have a daughter together, five-year-old Anaíya.

But the couple are said to have called time on their relationship.

Read more: Nadine Coyle reveals TRUTH behind why she doesn’t speak to Cheryl

A source quoted in The Sun’s Bizarre column said: “Although Nadine and Jason were never married, they lived as a close family unit and remain good friends as they co-parent their young daughter. They still care for one another, but are no longer in a romantic relationship.”

Nadine and Jason started dating in 2008 after meeting when the singer was in the US working. They were engaged for a year in 2010 but briefly split up, before getting back together.

Nadine often referred to him as her husband, despite them never actually tying the knot.

Only last month, the Go To Work singer spoke about their “close family” bond and the prospect of having more children.

She said: “I love to cook and hang out with my husband Jason and our daughter Anaiya. We’re a very close family.

“I come from a big Irish Catholic family, which is really full on, so another one would fit in perfectly. I probably wouldn’t even notice another one – there’s so many of us!”

Speaking further, she said she “enjoyed the whole experience” of having a child the first time round, adding: “If it were to happen I would be happy, but I’m not thinking about another one right now.”

Nadine shot to fame in 2002 as one-fifth of English-Irish pop group Girls Aloud, who featured on ITV talent show Popstars: The Rivals.

They enjoyed chart success in their years together, including four number-one hits in the UK.

But last year, Nadine claimed the bandmates were never particularly pally, admitting on Celebrity Juice that “there was no friendship to begin with” after host Keith Lemon asked she still sees other members of the group.