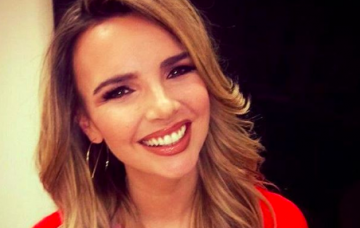 Nadine Coyle opens up on Girls Aloud feud: “They didn’t like me”

That reunion is looking less and less likely, isn't it?

Everyone knows there were, er, tensions between the members of mega-band Girls Aloud before they finally split in 2013 – and now Nadine Coyle has spoken out about what caused it.

Speaking to The Independent in Northern Ireland, the 33-year-old, who recently moved back there after eight years in LA, denied saying Kimberley Walsh, Cheryl Cole, Sarah Harding and Nicola Roberts were jealous.

“So it was just circumstances which were out of my control: I didn’t decide who sang what. But I love my life and I just get on with it.”

Nadine also denied rumours of a specific rivalry between her and Cheryl, 35, saying: “There’s never been any issues with us working together. So I’m sure we’d get on absolutely fine.”

It’s not the first time Nadine has spoken about the band awkwardness, telling The Sun last year that “people” were “very bitter.”

She said: “It was fine at the start but there’s always politics in any band. It just happened that I always got more vocals than everybody else, so in terms of people wanting their voice heard, that wasn’t happening.

“It made people very bitter. They didn’t like that. It’s so sad for me to have to admit this stuff now because for so long, there’s the band, and you want everybody to think we’re best friends and we have pillow fights and, you know, drink milkshakes.

“That’s what I wanted it to be. I really, really wanted that to be, but it just wasn’t how it was. We’re all very, very different characters.”

The new interview comes just a couple of weeks after Cheryl called Nicola and Kimberley her “ride or dies” on social media.

Posting a selfie with the pair to Instagram, Cheryl added the caption: “Happy birthday with my ride or dies 😍🎈🎉🤩.”

Well this is all a bit awkward. Can’t we just kiss and make up?

Who do you think is to blame for this feud? Leave us a comment on our Facebook page @EntertainmentDailyFix and let us know what you think.