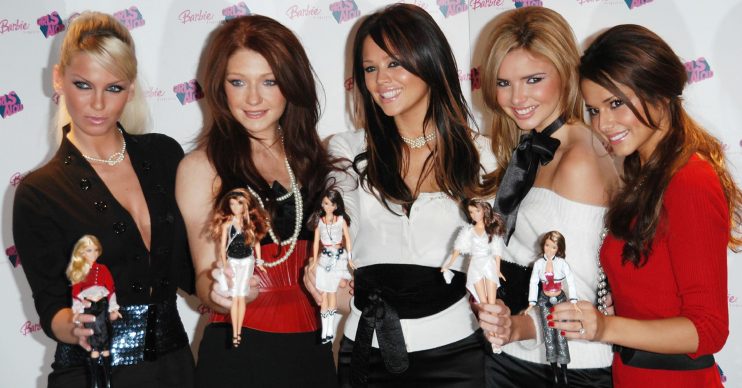 She appeared to take a swipe at her former bandmates

While Cheryl, Kimberley Walsh and Nicola Roberts remain firm friends and still meet up regularly, Nadine and Sarah Harding have apparently been left out in the cold.

Nadine has spoken openly about their differences in the past, once saying they were colleagues and never friends.

Last year, in an interview with Fabulous, she admitted they don’t even talk anymore.

She said: “There was always a distance between us. A lot of the dancers were my friends from very early on, so I’d be going out and finding the local gay bar, which meant that we distanced ourselves.”

She went on to say: “I don’t speak to them. I’ve not spoken to them in a long, long time.”

When asked if she missed them, she simply replied: “No.”

In an interview with The Sun around the same time, Nadine also said that the number of lines she was given to sing caused conflict with the other girls who were “bitter” and “didn’t like her” because of it.

Far from leaving the rumoured feud in the past, however, Nadine couldn’t resist making another cheeky dig at the disbanded girl group this week.

When an Instagram account called HunsNet posted a throwback picture of Girls Aloud alongside an amusing message, Nadine replied making an apparent swipe of her own.

The meme featured a photograph of Girls Aloud in their early years, in which everyone in the picture is wearing jeans and a top – except for Nadine.

The words read: “When one of ‘the girlies’ needs to be phased out because it was agreed in the group chat that everyone would be wearing ‘just jeans and a nice top’.”

The user, which has 17,800 followers, tagged Nadine in the photo.

During an appearance on Celebrity Juice in October 2018, Nadine told the host there had been “no fall out, because there was no friendship to begin with”.

The group were formed on ITV’s Popstars: The Rivals in 2002 and stayed together until 2009.

Nadine now lives in Northern Ireland with her boyfriend Jason Bell and their daughter Anaiya.