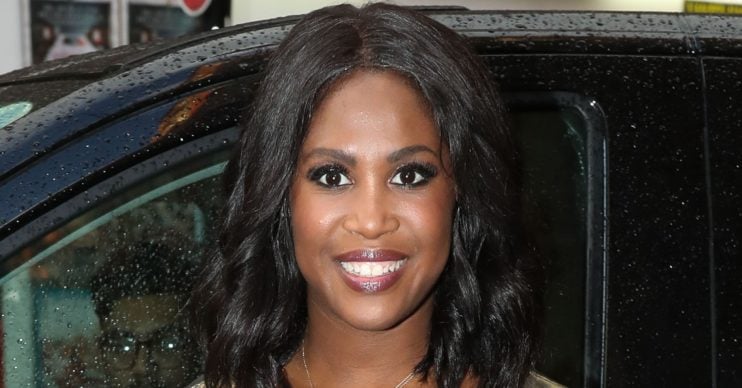 The Strictly judge is 'listening' to her body

The 40-year-old Strictly Come Dancing judge has overhauled her lifestyle with the help of WW.

In a bid to lose weight, Moti ditched chocolate and started to exercise five times a week.

What did Motsi Mabuse say about her weight loss?

Speaking to The Mirror, Motsi explained she often felt pressure to look a certain way due to her dance background.

She shared: “The competition world is not the best kind of space to be in for such a long time.

“It destroys the healthy way a body is supposed to be and then you get stuck with that mentality.”

It’s just trying to find out who am I

Now, the professional dancer has started to “listen” to her body.

Motsi added: “Now for me it’s just trying to find out who am I. I am a mum, a businesswoman, and all these other things. What is that supposed to look like?”

Meanwhile, Motsi previously turned to WW after giving birth to her daughter in 2018.

She initially lost some weight, but has since went on to shed two stone.

In a previous interview, she told WW: “I chose WW because there’s freedom to eat what you like, including your favourite things.

“Because I wouldn’t be denying myself anything, I thought that’s what would work for me long-term.”

Despite being mindful about what she eats, Motsi enjoys a balanced diet.

In addition, the Strictly star shared: “I’ve discovered the importance of self-care.

“As a mum, I had to learn to take time to feel good for me before giving to my family and everything else that I’m doing.”

What else has Motsi been up to?

Meanwhile, earlier this month, Motsi slammed a German comedian after he ‘blacked up’ for a sketch on TV.

Motsi, who lives in Germany and is an outspoken critic of racism, soon blasted the show.

She said on social media: “At this stage it’s just actually being provocative, it’s insensitive, alarming, offensive and most of all racist! How many times must it be repeated. Why #blackfacing ???? @BR_Presse mhhhhh!!!”

Furthermore, she continued: “It’s Easter, do we even get a break, and our sole interest is not pointing out racism to German media!”

In response, Schleich said: “It’s about satire, however, and as a cabaret artist it’s my job to exaggerate things. I made a conscious decision a long time ago to create this Strauss parody like this.”