The Duchess of Sussex has stepped out for the first time since her ITV documentary.

Meghan was at London's Royal Albert Hall last night (October 22) for the official opening of the 2019 One Young World Summit.

The royal put on a brave face at the event, after she revealed that press scrutiny had left her feeling "vulnerable".

The duchess flew solo at the event, attending without her husband Prince Harry.

Looking radiant in a purple Babaton minidress, Meghan's SussexRoyal Instagram account shared a video of a confident-looking duchess walking on to the stage, to rapturous applause.

Surrounded by today’s generation of impactful young leaders, The Duchess of Sussex attended the 10th Annual One Young World Summit Opening Ceremony at the @RoyalAlbertHall in London along with 2,000 young leaders from 190+ countries. This is her third time in attendance as a counsellor for these extraordinary young leaders from around the world, and her first time attending as a member of The Royal Family and Vice President of The @Queens_Commonwealth_Trust. For more information, visit @OneYoungWorld or our previous post to see her support of this organisation in recent years. #OWY2019 Video © SussexRoyal

And, for those who thought the dress looked familiar, that's because Meghan had worn it before.

She stepped out in the dress in January, teaming it with a stunning bright red coat when she was pregnant with Archie.

However, the couple's Instagram followers were left divided over the duchess's entrance.

One said: "Was this summit about the young leaders, or was it all about her entrance and her attendance? I feel that once again this was all made to be about her. Learn to shine the light on those you represent, not your 'movie star' red carpet entrance." 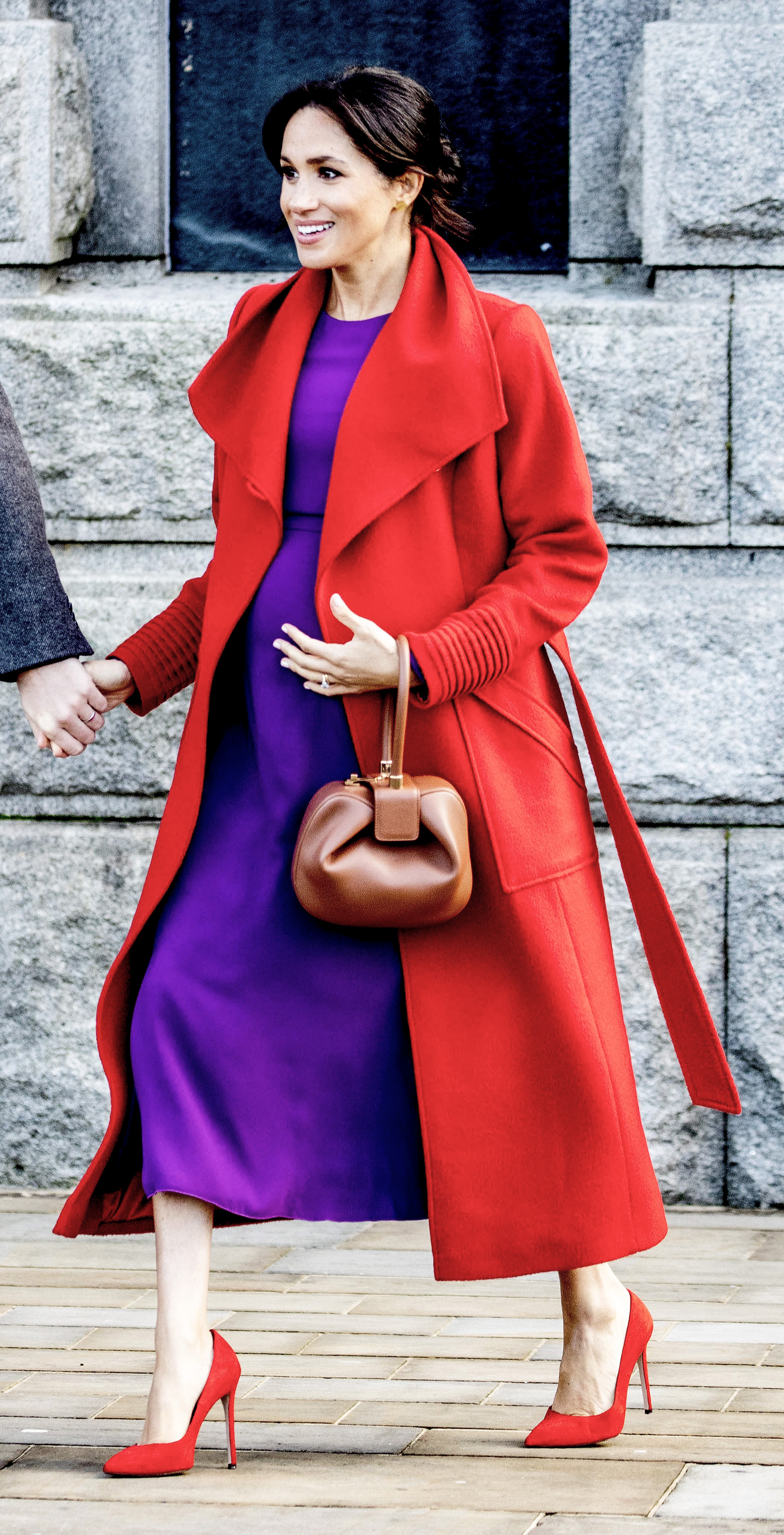 Meghan wore the dress back in January when she was pregnant with Archie (Credit: Splash News)

"And the crocodile tears? And the pain she is carrying? She just loves camera and being adored! Always playing the victim card!" said another.

Another added: "She is so full of it. New hair, big smile and we’re all supposed to ask her if she’s okay? The girl is a con artist and I’ll hand it to her – she is very very good."

She has to be the most authentic public figure around. Thank you for taking this all on – the world is better for having you.

Others, however, said that Meghan was a "class act" and posted gushing tributes to the royal.

"Love that she goes for the hug and does not worry about the curtsey. Class act," one posted. 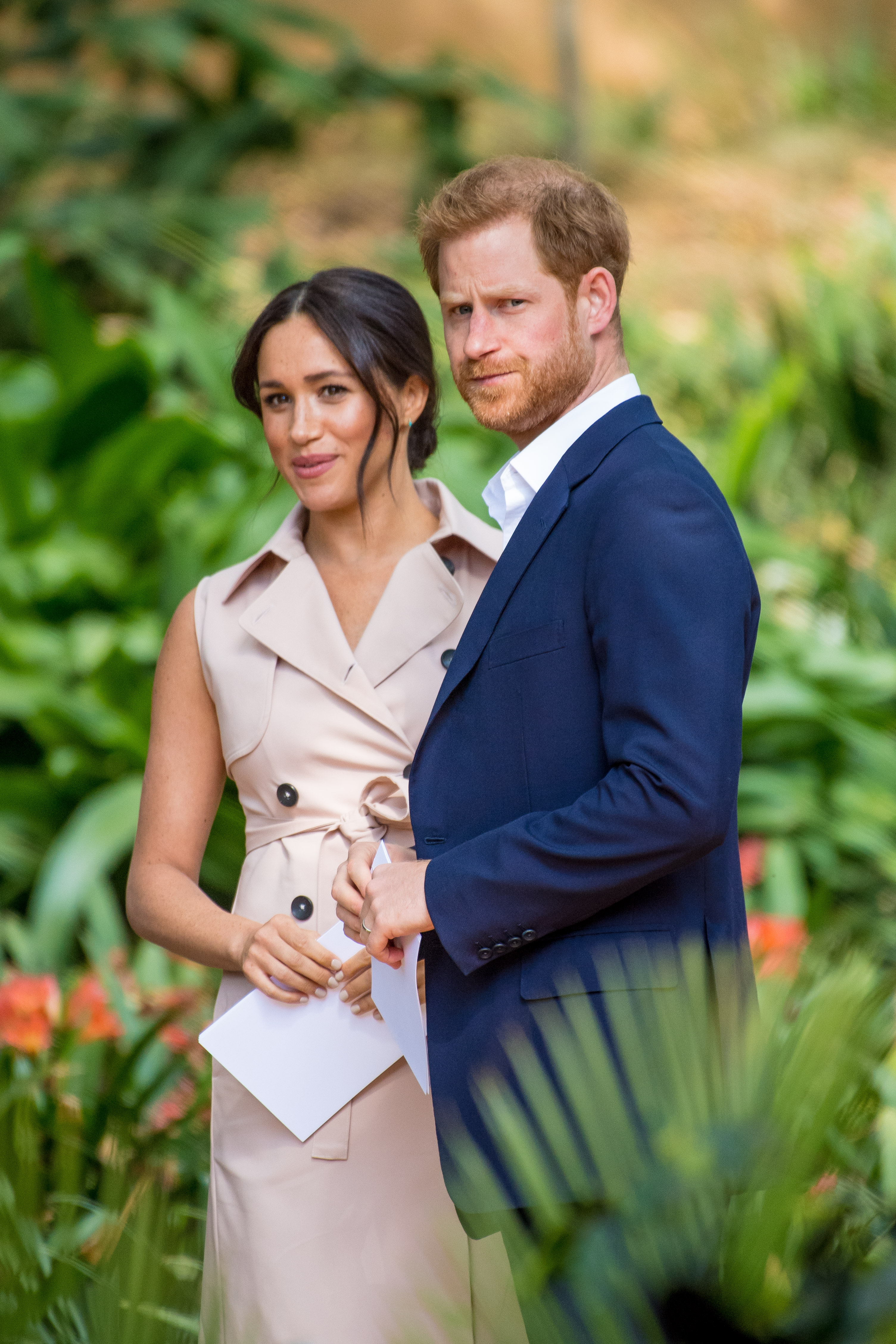 Another said: "We love you Meghan. You looked stunning tonight like always."

A third added: "For anyone who says she isn’t feel and doesn’t care ... watch this and take notice – she has to be the most authentic public figure around. Thank you for taking this all on – the world is better for having you."

Meghan's appearance came just hours after a source close to the couple told CNN that she and Harry are "single-handedly" modernising the monarchy.

They said: "The institution around the British royal family is full of people afraid of and inexperienced at how to best help harness and deploy the value of the royal couple who have single-handedly modernised the monarchy."

The comments come after it was reported that Meghan and Harry are set to take six weeks off from royal duties over Christmas.