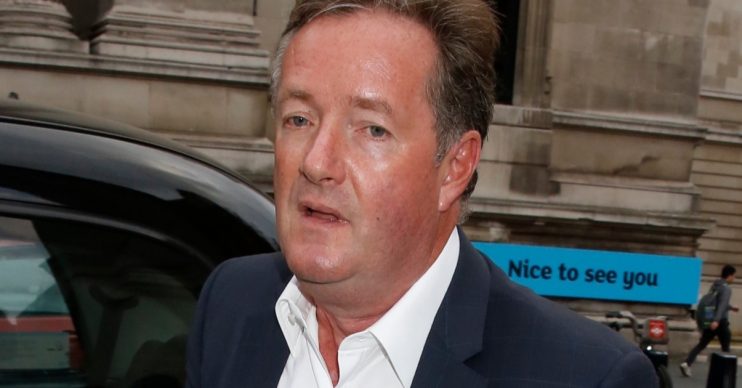 They're stepping down as 'senior' royals

TV presenter Piers Morgan has launched a blistering attack on the Duke and Duchess of Sussex after the couple announced plans to step back from the Royal family.

On Wednesday (08.01.20) evening, Prince Harry and Meghan Markle revealed they are quitting as ‘senior’ Royals as they look to live with financial independence and split their time between Britain and the US.

And Good Morning Britain host Piers, a longtime critic of the Sussexes, was scathing in his response to the decision – and blamed Meghan for it all.

He wrote on Twitter: “People say I’m too critical of Meghan Markle – but she ditched her family, ditched her dad, ditched most of her old friends, split Harry from William and has now split him from the Royal family.

In another tweet, Piers branded the decision “disgraceful” and wondered about its impact on Harry’s grandmother, the Queen.

According to reports, Harry and Meghan did not consult with any other members of the Royal family before announcing their decision to step down.

The BBC’s Johnny Dymond tweeted: “BBC understands that no other member of the Royal family was consulted before Harry and Meghan issued their personal statement tonight, the Palace is understood to be ‘disappointed’.”

Piers responded: “Wow. What a disgraceful way to treat the Queen. Shame on Harry and Meghan.”

Wow. What a disgraceful way to treat The Queen.
Shame on Harry & Meghan. https://t.co/j2m24M2MSu

Meghan’s estranged dad, Thomas Markle, has since revealed he too is “disappointed” by the news.

Harry and Meghan broke the news on their Instagram account, where they told followers: “After many months of reflection and internal discussions, we have chosen to make a transition this year in starting to carve out a progressive new role within this institution. We intend to step back as ‘senior’ members of the Royal Family and work to become financially independent, while continuing to fully support Her Majesty The Queen.”