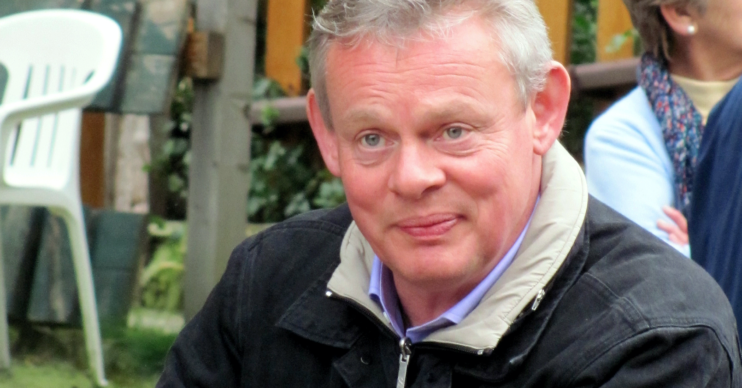 Madonna's ex 'offers to smooth dispute over with some beer'

Madonna’s ex Guy Ritchie has said he wants to settle a building development row over a drink.

The Lock, Stock And Two Smoking Barrels director has concerned the British Horse Society with his plans, according to reports.

The Society’s president is Martin Clunes – and Guy has appealed to the star to clear the air with him.

The Society has objected to Guy’s plans to redevelop a derelict building on his farm in Wiltshire.

51-year-old Guy has also been left “bemused” by claims made about his brewery’s renovation, according to the Mail.

It is believed he wants to create a new store for bottles. If granted approval by planning chiefs, Guy intended to partially demolish a semi-derelict stone barn.

I’d be delighted to donate a couple of cases to Mr Clunes’s beloved organisation.

However, the British Horse Society is concerned this could affect how members use a nearby riding track.

The Sun reported that the Society has requested assurances that the mile-long “byway will not be obstructed in any way”.

The tabloid earlier this week quoted spokeswoman Myra Bennett as claiming: “If he wants to close it, there would be a major legal battle — and I do not think he would succeed.”

However, Guy insisted to the Mail he has no intention of altering the pathway.

He told Richard Eden: “I don’t quite know what’s going on here. Yes, we’re building an extension to the brewery and no, we’re not moving any bridleways.”

Guy continued: “I live in fear of upsetting The British Horse Society, and nothing makes me happier than seeing a pony trot by while I am enjoying a fresh pint of Gritchie’s IPA.”

The Snatch director also noted he would be happy to make things better with a sample of his own beer.

“I’d be delighted to donate a couple of cases to Mr Clunes’s beloved organisation, in order to smooth over any misunderstanding,” Guy added.

The Gritchie Brewery Company has produced real ale since 2017 on Ritchie’s 1,000-acre estate at Ashcombe House.

ED has approached representatives for the British Horse Society, Martin Clunes and Guy Ritchie for comment.