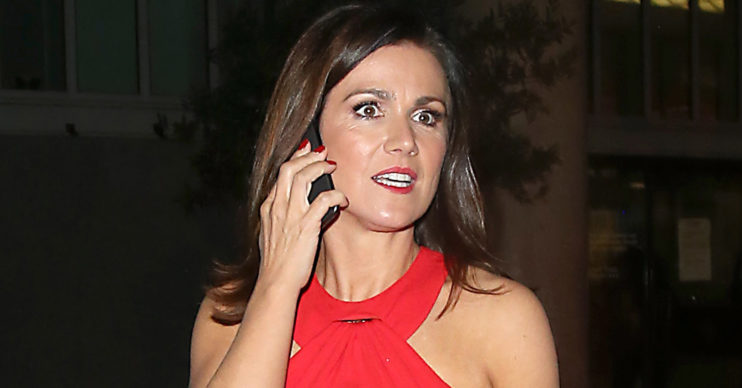 Her comments come after BBC honcho Director of Content Charlotte Moore admitted that her team were exploring options.

One possible option would be to have each pair live and practise in complete self-isolation.

Charlotte told The Times: “We’re looking at how that would work. Could you quarantine people? Can we test everyone before filming? There’s a lot of work being done. It’s a big task.”

But Susanna thinks this would be bad news indeed for thwarting affairs between celebrity contestants and their dance partners.

She told The Daily Star that such an action would give “rise to plenty of gossip”.

She continued: “No parent of young children will want to spend that much time away from home.

“And husbands and wives will baulk at being apart for so long.”

Susanna competed in Strictly back in 2013. She broke up from her long-term partner Dominic Cotton during the series.

The pair were together for 15 years and share three sons together.

Although she wasn’t romantically linked to dance partner Kevin Clifton, she’s still considered a victim of the ‘curse’.

She previously told The Mirror: “I think people think Strictly was bound up in what happened.

“Strictly are looking at options”

“It wasn’t. Obviously things have been challenging in my personal life but we are getting things sorted.”

Susanna’s fears may not be met, as a source previously told The Mail that a self-isolation style series is unlikely to proceed.

The source said: “Strictly are looking at options. At this stage, there’s no chance they could isolate as individuals or couples.

“That would leave any married or parent dancers not seeing their families for up to three months.

“At the moment, it’s not being considered. No one knows where we’ll be in the world – if the series is a much shorter run, say.

“The isolation is not something that’s currently on the table.”

A spokesperson for the BBC said: “We will continue to review all productions on a case by case basis and will continue to follow the latest news and advice from the Foreign Office, World Health Organisation and Public Health England.”

Do you think Strictly 2020 should still happen? Share your thoughts with us on our Facebook page @EntertainmentDailyFix.