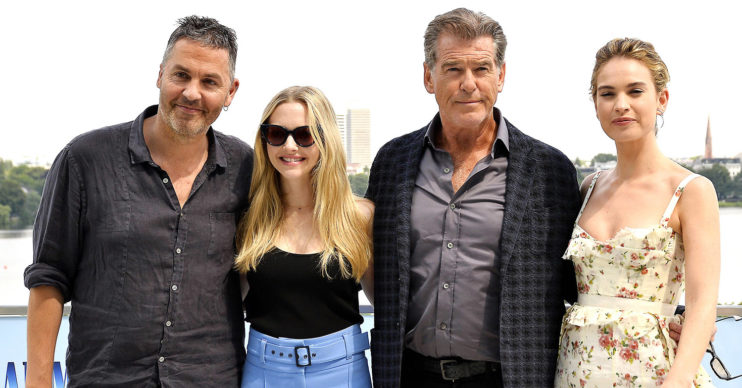 The original creator of the international hit musical Mamma Mia! says a third movie is a possibility.

Judy Craymer, who wrote the original stage musical, says the story is supposed to be a “trilogy”.

She says that Universal Pictures would particularly like a third instalment, as the previous two films were such huge hits.

She told the Daily Mail: “I think one day there will be another film, because there’s meant to be a trilogy, you see.

“I know Universal would like me to do it.”

Judy wrote and launched the original musical 21 years ago.

“There’s meant to be a trilogy”

It has gone on to become one of the most long-lasting and most profitable musicals of all time.

Based on the hit music of iconic Swedish pop band Abba, it inspired two movie releases.

Mamma Mia! was released as a film in 2008. Starring the likes of Amanda Seyfried, Meryl Streep, Colin Firth and Pierce Brosnan, it grossed an incredible £494 million worldwide.

The second instalment, 2018’s Mamma Mia! Here We Go Again added stars such as Lily James and even Cher to the line-up.

While not quite as profitable as the first film, it still made a whopping £317 million at the global box office.

Judy says she was meant to start planning the synopsis for a third film this year.

However, the coronavirus pandemic distracted her from turning the idea into a reality – yet.

Read more: Fern Britton claims ITV saw her as a ‘liability’ leading to This Morning exit

She explained: “I was meant to have been getting on with that, in my head, during these months. But then I got hit with COVID fog.”

Despite her intentions, the film’s central star, Amanda Seyfried, says she is not sure if a third film would ever happen.

She told Collider film magazine that while she would love to film another there may simply be not enough Abba songs left.

She argued that many of Abba’s songs have already been used in both of the films. Therefore, a third movie would have to create new takes on already used hits.

She said: “I wish there was a Mamma Mia 3, but I’ll tell you what – I’ve said it before and I’ll say it again and I hope I’m wrong again.

“I don’t think there are enough ABBA songs to make a third movie.

Do you want to see a Mamma Mia 3? Share your thoughts with us on our Facebook page @EntertainmentDailyFix.