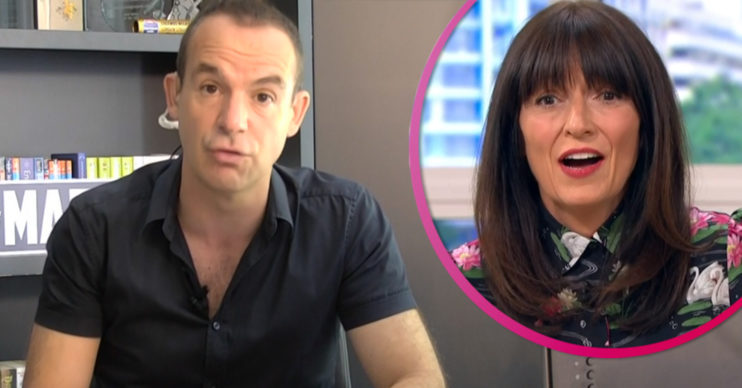 Holly wasn't on the programme today

Martin Lewis has apologised to Davina McCall after mistaking her for Holly Willoughby on This Morning.

Davina filled in for Holly on Monday’s show because the presenter was taking her three children to school for their first day back since the lockdown.

At the start of the programme, Martin told viewers what segment he was doing on the show.

However, he accidentally thought he was speaking to Phil and Holly rather than Phil and Davina.

Later in the programme, he appeared on the show again to do a phone-in on home insurance advice.

The money saving expert said: “I’m sorry Davina, I called you Holly. I only had an ear piece in.”

Davina forgave his blunder and said: “You couldn’t see us!”

At the start of the show, Phil explained Holly’s absence.

Phil told viewers: “Welcome to a new week on This Morning,” as he looked at Davina.

Read more: Holly Willoughby shares photo with kids after missing This Morning to take them to school

Meanwhile, many viewers were loving Davina so much they wanted her to be a permanent host.

One person said on Twitter: “Can Davina be a permanent replacement for Holly please!”

Another wrote: “I really like Davina, she’s full of good vibes, should be on more.”

Welcome to your Monday #ThisMorning with @Schofe and @ThisisDavina! 🙌

If you're wondering where @hollywills is – here's the explanation!

A third added: “Can @ThisisDavina be a permanent fill in for @hollywills when she’s not there, I love her.”

Someone asked: “So do we prefer Davina?”

Did you miss Holly today? Leave us a comment on our Facebook page @EntertainmentDailyFix and let us know.