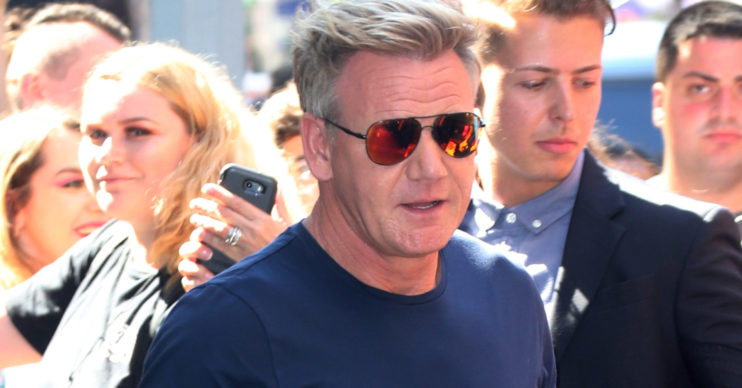 TV chef Gordon Ramsay left fans disgusted after he killed and ate a swamp rat on his National Geographic show.

The 53-year-old star may be used to fine dining, but that certainly wasn’t the case while filming scenes for his programme Uncharted.

The series, which is aired in the US, sees Gordon venture to remote locations in search of weird and unusual delicacies.

For the latest episode of the series, Gordon travelled to Southern Louisiana, where he learned about the Nutria – also known as a swamp rat.

During the show, Gordon managed to shoot down the creature, which he described as a “rat on steroids”.

He said: “You can call this thing nutria, water rabbit, but trust me – every bite, you’re still eating a rat.”

Despite his initial thoughts, he later tucked into the animal in the form of a stew – and was left pleasantly surprised.

The things I do for food on #Uncharted ! Tonight at 10/9c On @NatGeoChannel I’m heading to #Louisiana to learn about the Bayou pic.twitter.com/jaWcXD1GV2

Read more: Fern Britton claims ITV saw her as a ‘liability’ before This Morning departure

“It’s like a rabbit, there’s no fat in that. This is delicious, seriously.”

He then asked his guide to tell his mother that he loved her as he finished up the dish.

The TV star gushed: “You tell her I love her. She introduced me to rat!”

Fans were left completely grossed out by the scene, with one writing: “I felt like throwing up 🙁 Gordon, you’re too brave!!!”

Another said: “My man you have balls I would not eat a rat.”

A third asked: “Will you be making rat stew when you’re at home?”

One called for the show to air in the UK, saying: “When do we get this on Nat Geo UK? Really need to see it, looks great.”

The stomach-churning scenes come weeks after it was revealed Gordon is reportedly in talks to reboot Hell’s Kitchen UK.

The chef fronted the reality show 16 years ago, which saw him teach 10 celebrities how to cook at speed.

A source told The Sun: “He’s always wanted to bring Hell’s Kitchen back to British TV. He wouldn’t want anyone else to be fronting its revival.”

They added: “Despite only hosting one series in the UK, it’s one of the shows with which he is most closely associated, mainly because his notorious temper produced some of its best moments.”