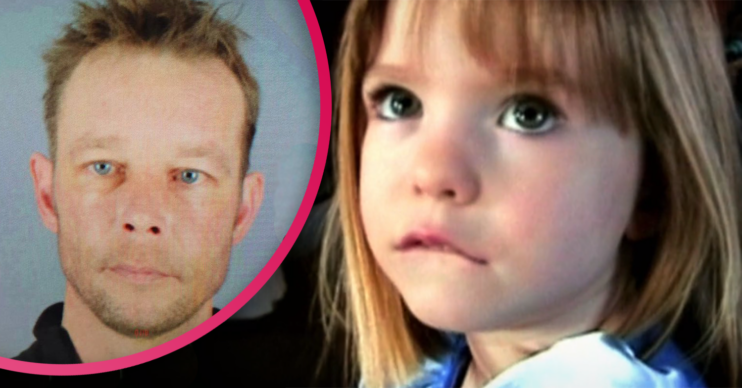 Christian Brueckner is the only suspect in the case

The news comes after reports he has been moved to a new high-security prison and is currently in solitary confinement.

Brueckner is the only suspect currently being investigated in Madeleine’s disappearance in May 2007.

According to The Mirror, police searched a cellar dug by Brueckner under a ramshackle house.

They apparently “swooped” on his former home in Central Germany after the current tenant raised the alarm.

Last year it was reported a friend claimed Brueckner had said he wanted to create a dungeon with soundproof walls “like the guy in Austria”.

It was claimed this was a reference to Josef Fritzl, who held his daughter captive in a cellar for 24 years.

There is, however, no evidence that Brueckner ever followed through with that idea.

‘No one knows what’s buried there’

The current occupier of the house, Sabine Selig, said she called the police after hearing about Brueckner’s link to the disappearance of Madeleine McCann.

She claimed they have since scoured the basement.

Sabine said: “I went straight to the police, because I remembered the half-closed cellar and I don’t know what’s still down there.

“It’s a strange feeling, a hole under your feet and no one knows what’s ‘buried’ there.”

Police haven’t revealed any details about the search or confirmed it took place.

Last year they searched another allotment linked to Brueckner.

However, after an exhaustive two-day search, nothing was found.

Why was Maddie suspect moved to another prison?

Earlier this week it was reported that the convicted paedophile had been moved to a high-security prison.

His lawyer declined to comment on the reasons behind the move.

However, it was reportedly in his best interest after he fell and broke his ribs following a scuffle with guards.

Her parents, Gerry and Kate McCann, have continued to search for their daughter ever since.