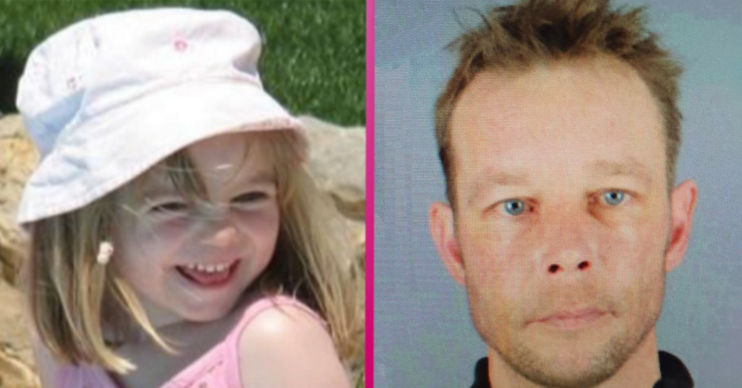 Madeleine McCann latest: Prime suspect ‘being investigated for 5 other crimes’ including murder of a teen

He denies any involvement in Madeleine's disappearance

Latest reports suggest the prime suspect in the disappearance of Madeleine McCann is being investigated for five other crimes.

Christian Brueckner was last year named as the only suspect in the case of three-year-old Madeleine in 2007.

She was staying at an apartment in Portugal when police believe he abducted and killed her.

He has denied any involvement in the crime.

Madeleine McCann latest: What else is he being investigated for?

This includes a sex attack on a 10-year-old girl, as well as the murder of a teen in Belgium.

He’s also reportedly being considered as a suspect in the disappearance of a five-year-old girl dubbed the “German Maddie”.

Brueckner is also said to be a suspect in the rape of a 20-year-old woman in Portugal in 2004.

He’s currently being held in a high security prison in Germany.

Where have the claims against the Madeleine suspect come from?

The claims come from a new book by British writer Jon Clarke in his book My Search for Madeleine.

He spoke to Wolters while working on the book.

Wolters told him “there is good basis” to suspect Brueckner is responsible for a sex attack on a 10-year-old girl.

We only have Christian B as the suspect.

“We are investigating Christian B’s possible ­involvement in this,” Wolters said in the book.

Belgian police are also said to be looking into him over the 1996 murder of Carola Titze, 16.

He’s also “the only suspect” in the rape case of a 20-year-old woman in Portugal.

“We only have Christian B as the suspect,” Wolters said.

Who is the ‘German Maddie’?

In the book, Wolters said police were also considering whether Brueckner could have been involved in the disappearance of five-year-old Inga Gehricke.

She went missing in 2015 and she’s been dubbed the “German Maddie”.

“A Belgian prosecutor had some concrete questions about Carola not long ago. They needed some information about Christian B and we gave it to them,” he said.

He’s also being investigated over an incident which saw a man carry out a sex act in front of kids in a playground.

It took place 40 miles from where Madeleine went missing back in 2017.