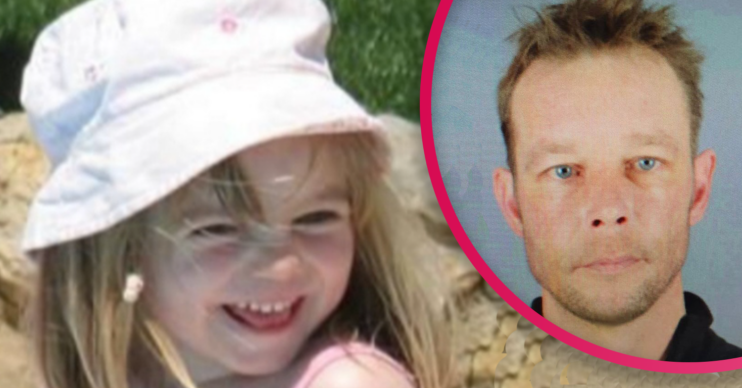 The latest Madeleine McCann news accuses prime suspect Christian Brueckner of “mocking” police in a cartoon he apparently leaked from his prison cell.

German newspaper BILD got hold of the cartoon, allegedly drawn by Brueckner.

The convicted paedophile is currently in a high-security German prison after recently being moved – although the reasons for the move are unclear.

He’s the only suspect in Madeleine McCann’s disappearance back in May 2007.

The cartoon, allegedly sketched by Brueckner, depicts the inside of a courtroom.

It appears to show German prosecutor Hans Christian Wolters stood in court holding a €5 bill while asking a psychic for advice on the case.

The clairvoyant – understood to be Michael Schneider – is seen wearing orange with curly red hair looking into a crystal ball.

Of course, Wolters famously gave police the coordinates of where he thought Madeleine’s body was buried.

The drawing shows the rest of the court sleeping while the bemused suspect – thought to be blond-haired Christian – has a question mark above his head.

In the cartoon, Wolters whispers: “Is there anything new?” to the person in sitting behind a blue curtain with the crystal ball.

What’s the latest news on the Madeleine McCann case?

German police are continuing to compile evidence against Brueckner, however, he hasn’t been questioned or charged in connection with the disappearance.

He became the prime suspect back in June 2020.

However, as a result of his incarceration, Wolters has admitted they’re in no rush to prosecute him.

He said: “I never said that we couldn’t prosecute him.

“We have no pressure at the moment. It looks like he will be in custody for the next few years.

“That means he won’t run away from us. We will take the time we need.”

Suspect claimed his innocence back in May

It’s unclear just how he managed to leak the cartoon from high-security jail JVA Oldenburg, often referred to as the Alcatraz of the North.

However, it’s said to be the second time it’s happened.

Back in May a cartoon claiming his innocence was also reportedly leaked.

It was said to show two prosecutors out for dinner ordering the “filet forensics”.