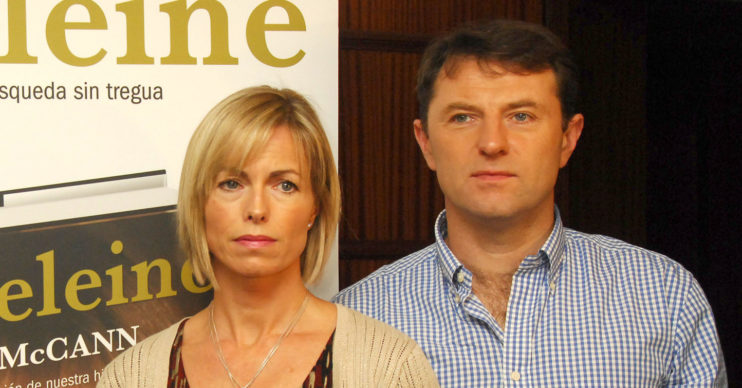 A German prosecutor has now said Madeleine McCann could still be alive, according to reports.

Hans Wolters apparently confirmed there is no actual forensic evidence to suggest she is dead.

Mr Wolters last week said that he was sure Madeleine had been “killed quickly” by prime suspect Christian Brückner.

However, in a apparent U-turn, the Braunschweig state prosecutor has told The Mirror: “It was only personal opinion and speculation.”

Although the news will bring fresh hope to Madeleine’s parents, Kate and Gerry McCann, it also adds to their torment.

A friend told the paper: “They said from the outset they’re treating it as a murder investigation.

“They shouldn’t have been saying that unless they were damn sure.”

Madeleine disappeared while on holiday in Pria da Luz, Portugal, with Kate and Gerry and her two siblings in 2007.

The three-year-old was asleep in the McCann’s holiday apartment when she vanished without trace.

Millions of pounds has been spent on trying to solve the mystery.

Then earlier this month, German police unveiled Brückner as the prime suspect in the case.

The drifter was living in the Algarve at the time of her disappearance.

Brückner, 43, is currently serving a 15-month prison sentence in his home country of Germany for drugs offences.

He is also awaiting sentencing for the rape of a 72-year-old American woman. The terrifying incident happened less than a mile from where Madeleine went missing.

Brückner has a history of rape and child abuse dating back to 1994.

On the night Madeleine went missing, her parents were dining with friends in a nearby tapas restaurant.

It has now come to light that Brückner may have been tipped off about Madeleine and her siblings being alone.

Reports state that Kate and Gerry had requested to sit close to the apartments so they could check the children.

This was apparently written in the restaurant reservation book, which Brückner may have been told about.

From everything we can see the parents wanted to take the best possible care of their children and that’s what may have led to this.

He described the possibility as “very tragic” when speaking to Susanna Reid.

Mr Reichelt said: “That is one of the very tragic details in this investigation, because from everything we can see the parents wanted to take the best possible care of their children and that’s what may have led to this.”

German police have confirmed there is currently not enough evidence to convict Brückner.