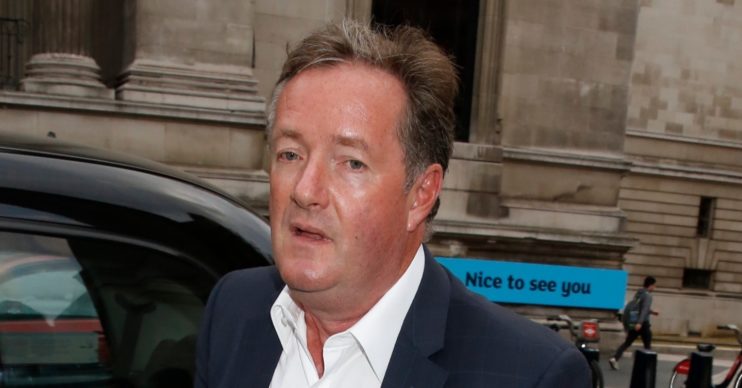 The GMB star speaks of his colleague's fears for her husband

Derek, 52, has been in intensive care since March after being struck down with coronavirus.

Despite Derek now being free from COVID-19, Kate has said the illness has done “extraordinary damage” to his body.

Kate’s Good Morning Britain co-star Piers has now spoken of her fears that he may never return home.

Writing in his column for the Mail On Sunday, Piers said: “Now, agonisingly, Kate doesn’t know if she will ever get Derek home again, let alone renew those vows.

Now, agonisingly, Kate doesn’t know if she will ever get Derek home again, let along to renew those vows

Piers added that he sent Kate, 53, a text after seeing pictures of her crying at the final NHS ‘Clap For Carers’.

Earlier this month, Kate gave her first full interview since Derek was taken into hospital in March.

Speaking to her GMB co-stars, Ben Shephard and Ranvir Singh, she said felt unwell but did not have coronavirus symptoms.

But having initially passed it off as sinusitis, Kate said she called GMB medic, Dr Hillary Jones, for his advice when Derek began struggling to breathe.

Dr Hillary spoke to both Kate and Derek – who are parents to Darcey and Billy – on the telephone and told them to call an ambulance.

PR man Derek was admitted to ICU in a London hospital and later put into an induced coma in a bid to help him fight the disease.

Recalling her last phone call with Derek, Kate said: “He just said to me, ‘I love you, I have to leave you’. I said, ‘it’s only for three or four days and you’re going to fine’.

“He said to me, ‘You have saved my life, I don’t just mean now, I mean marrying me and the children’. I said, ‘I love you’ and then he was gone and that was it.”

She said: “Every day she’s living with this awful uncertainty.

“They’re preparing her and saying maybe the new normality is they’re never going to know if he’ll recover.”