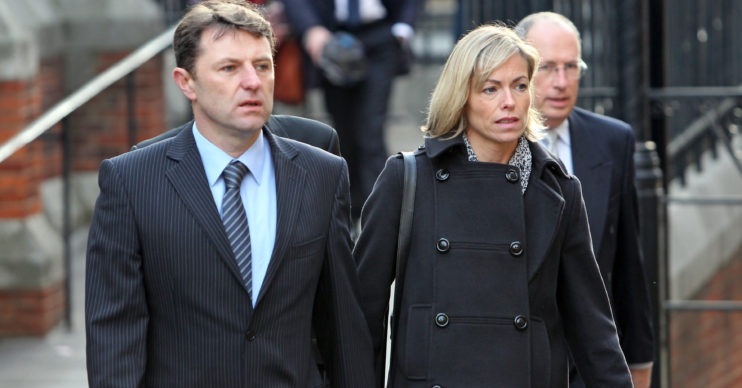 There has been a significant development in the hunt for Maddie

The disappearance of Madeleine McCann is now being treated as a murder investigation by German police.

Last night (Wednesday, June 3) police revealed they have identified a German national as a suspect 13 years after Maddie vanished from her hotel room in Portugal.

At a press conference this lunchtime, German prosecutors confirmed they believe Madeleine is dead.

The suspect was named as Christian B, a convicted paedophile serving time in prison for another offence.

He has a history of sexual abuse and burglary offences and is believed to have been in Praia da Luz when Maddie, aged three, went missing on May 3, 2007.

Police feel there is enough evidence to label this a murder enquiry.

Former police officer Jim Gamble, who worked on the original investigation and conducted a review in 2010, reacted to the news on This Morning.

“It’s utterly heartbreaking, it’s devastating, but until we see the evidence, there’s nothing wrong with retaining hope,” he said.

Earlier in the show, ahead of the press conference, Clarence Mitchell, spokesperson for the McCanns, appeared alongside Jim to discuss last night’s development.

Clarence spoke about how the family are feeling following the news the German police had a suspect.

“The McCanns welcome the development and the ongoing work of the police in the UK, Germany and Portugal,” Clarence said.

“They want the focus to remain on the police appeal, not themselves. They’ve never given up hope that she’s alive, but they want to find peace.”

He also explained this is the latest in a long line of tip-offs and sightings, which have all come to nothing.

“They simply want to know the truth about what happened to their daughter,” he said.

“They want justice to be served. They’ve never given up hope that she might still be alive, even now, but they are realistic.

“They need to know what happens and they need peace.

“All we have ever wanted is to fight and uncover the truth and bring those responsible to justice, whatever the outcome may be they need to find peace as any parent would.”

‘Hope we’re coming towards the end of this journey’

Jim Gamble told the show: “This is a person of significant interest and it’s the most hopeful I’ve been in the last 13 years.”

During the earlier segment, Phil explained it is still being treated as a missing person’s enquiry in Britain.

Jim said he feels that the missing jigsaw pieces are finally coming together: “I’m really positive, more positive than I’ve been in 13 years and I really hope we’re coming towards the end of this journey.”

He also urged everyone who was near the holiday destination at the time to go back through old photographs and see if they can spot anything that may be useful.

Clarence also appealed to trolls of Kate and Gerry to stop “spouting rubbish” about the family.

“It’s already started following this development and those people spouting this rubbish claiming it’s a set-up or a cover-up, they need to take a long hard look at themselves to understand the pain and misery they are causing.

More updates on this breaking story as we have it.