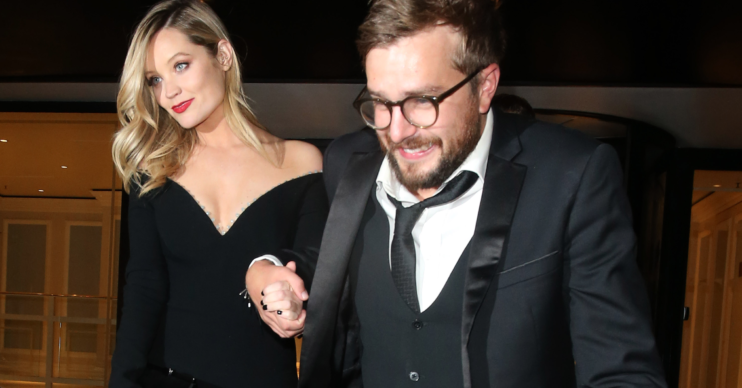 Wedding plans said to be 'on hold due to the lockdown'

TV presenters Laura Whitmore and Iain Stirling ‘have got engaged’, a tabloid newspaper has claimed.

According to The Sun, he popped the question while they were on holiday earlier this year.

The news outlet also claims Iain, 32, proposed with a yellow diamond ring of his own design.

The Love Island pair were said to have been enjoying a break in South Africa at the time.

It is believed they were there in February following the winter run of the ITV2 series.

He designed the ring and yellow’s her favourite colour.

The Sun claims the couple told family and friends their happy news in the last few weeks.

The newspaper also claims Laura and Iain are yet to set a date for any ceremony.

An unnamed pal is reported to have said: “They couldn’t be happier. We’re thrilled for them.

“He’d obviously thought about it for a while, as he designed the ring and yellow’s her favourite colour.

“Their wedding plans are on hold due to the lockdown but it’s lovely to have a wedding to come.”

ED! has approached representatives for both Laura and Iain for comment.

Earlier this week reports suggested Laura had been spotted walking in a London park with a ring on her left hand.

The ring in the pics obtained by the Daily Mail included a yellow stone and two smaller, silver-coloured stones.

‘We don’t see a lot of each other’

And just days before the photos’ publication, Laura joked she ‘quite likes’ her man.

Laura admitted she had been worried at the prospect of being in lockdown with Iain.

She explained on the Private Parts podcast: “We live together, but we don’t see a lot of each other.

“What I have discovered is that I quite like my boyfriend! It’s such a huge relief as I wasn’t sure which way it was going to go.”

Laura added: “What I have realised is, is that my dog is a pain in the [bleep].

“Boyfriend is okay, dog is a little bit of a nightmare.”