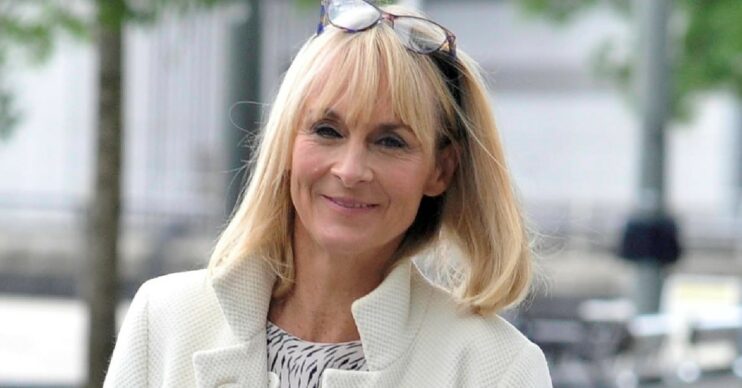 Davies was previously found guilty of stalking Nicola Roberts in 2017

I’m A Celebrity star Louise Minchin broke her silence following the news that her stalker has been jailed.

Carl Davies, 44, has been jailed for two years and eight months after admitting to sending death threats to the ex-BBC Breakfast presenter.

What happened to Louise Minchin?

Louise Minchin, 53, and her daughter, Mia, 19, became subjected to numerous death threats and vile messages in July last year. The author of the messages was Carl Davies, an ex-soldier from Flint, North Wales.

The 44-year-old admitted to sending the presenter and her daughter death threats in court and now faces a jail sentence of 32 months.

Davies cannot enter the village in Cheshire where Louise Minchin lives either.

Read more: Louise Minchin admits she will ‘never feel safe’ as her stalker is jailed for two years

Louise and her daughter said the stalking had had a “horrific, devastating, and lasting impact”.

The star also admitted that she and her daughter still suffered from a “sense of deep distress” more than a year on from the stalking.

What has Louise Minchin said about the stalker?

Today (Wednesday, December 22), Louise posted a statement on Twitter about the sentencing.

She captioned the tweet with: “Here is a message about the sentencing of a man who made horrific threats online against my daughter and I.”

The star then posted a photo of the lengthy statement.

“Today marks the end of what has been a very distressing time for both of us,” she wrote.

“I would like to thank North Wales Police and the Crown Prosecution Service for their hard work successfully investigating and prosecuting the case.”

“I hope it sends a clear message that people who make violent threats via social media can be found, can be prosecuted, and can expect a prison sentence,” she concluded.

Louise’s followers sent their support to the star.

One person said: “That is awful. I hope that you both can have peace of mind now and enjoy a relaxing Christmas. There are some awful people in world.”

Read more: Kimberely Walsh struggling every day with grief over Sarah Harding after her death

Another wrote: “Sorry that this happened to you, this never ever should happen to anyone.”

A third added: “So sorry you both had to go through this I can’t imagine what it must have been like.”