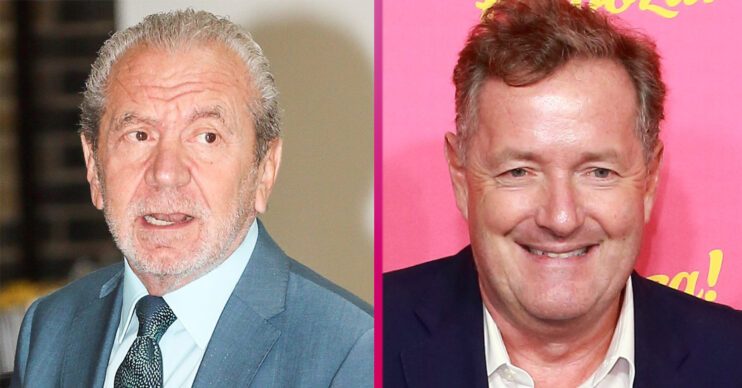 Lord Alan Sugar has made a dig at Piers Morgan after he called for a knighthood.

Dr Hilary will receive an MBE for his work on GMB during the pandemic.

Meanwhile, Lorraine will receive a CBE for services to broadcasting, journalism and charity.

“Two wonderful people who fully deserve these honours. P.S any update on my knighthood?”

The Apprentice host took the opportunity to mock Piers.

He wrote: “DON’T HOLD YOUR BREATH.

“THE ONLY THING YOU WILL RECOGNISED FOR IS A ‘GBI’ GREAT BIG IRRITANT.”

It comes after Lorraine said she felt “humbled” over receiving the honour.

RT: @PIERSMORGAN …….Fabulous news. Two wonderful people who fully deserve these honours.
ps any update on my knighthood?…….DONT HOLD YOUR BREATH. THE ONLY THING YOU WILL RECOGNISED FOR IS A “GBI” GREAT BIG IRRITANT

She said: “This is such an unexpected honour.

“All of those frontline workers are true heroes.”

He added: “I can only hope that my work in public health broadcasting and in medical practice over the last 40 years is truly worthy of it, in the full awareness that others from many different walks of life are even more deserving than myself.

“I shall continue this work for which I have an enduring passion and will continue to support the various amazing charities in which I am involved.”

The list, which recognises achievements of people across the UK, is usually published in June when Her Majesty, 94, celebrates her birthday.

However, this year, it’s postponed because of the coronavirus pandemic.

Who else will receive an honour?

Meanwhile, it’s been announced that former Great British Bake Off judge Mary will receive a damehood.

In addition, Sir David Attenborough will receive an upgrade to Knight Grand Cross for services to broadcasting and conservation.

England and Manchester United footballer Marcus has become an MBE for campaigning for the government to allow millions of children to claim free school meals during the summer holidays.