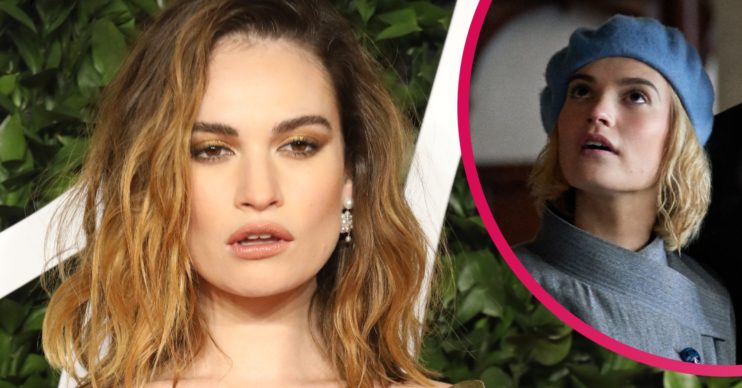 Who is Lily James and what happened with Dominic West?

The star has been in films including Mamma Mia! 2 and Cinderella

Lily James is the star of upcoming Netflix film Rebecca, but who is she and what has she been in before?

Readers might recognise the star from her role in Downton Abbey, but she has been in a slew of big Hollywood productions in recent years.

The actress hit the news recently, after pictures of her kissing married co-star Dominic West emerged.

Who is Lily James?

Lily James is an English actress. She was born in Surrey in 1989 and studied drama at the Guildhall School of Music and Drama.

Her first ever role, according  IMDB, was in 2010 when she played Ethel in the TV series Just William.

What happened between Dominic West and Lily James?

Photos of the pair having an intimate lunch in Rome have emerged.

West has been married to aristocrat Catherine FitzGerald since 2010 and the couple share four children.

While no split has been announced, a source told the Mail Online that Catherine has seen the pictures and is “devastated”.

What films has Lily James been in?

More recently, she was in Yesterday, a 2019 film by Danny Boyle about a man who, after an accident, finds he is the only person who knows about the band The Beatles.

What is Lily James’ new film Rebecca about?

Lily will star in Rebecca. It is a Netflix film based on the 1938 novel of the same name by author Daphne Du Maurier. The film classed as a romantic thriller.

It tells the story of a newlywed who battles the shadow of her husband’s first wife, the late Rebecca.

Rebecca will be available to stream from October 21.

Was Lily James in a relationship with Matt Smith?

They met on the set of Pride and Prejudice and Zombies and were part of the same group of friends before they started dating, according to Grazia.

Speaking to InStyle in 2015, Lily said: “In regards to your love life, you’re just entering into a whole [world] of pain if you talk about it. If you’ve never said anything, there are no sound bites to haunt you when you’re crying into a box of Kleenex after it all goes wrong.”

According to reports, the pair parted ways in December last year, though. And after trying to give it a go during lockdown, have split for good.

A source told The Sun: “Unfortunately it just isn’t working and they have mutually decided to just close this chapter of their lives.”

Will you be watching Lily’s new film, Rebecca? Leave us a comment on our Facebook page @EntertainmentDailyFix and let us know.