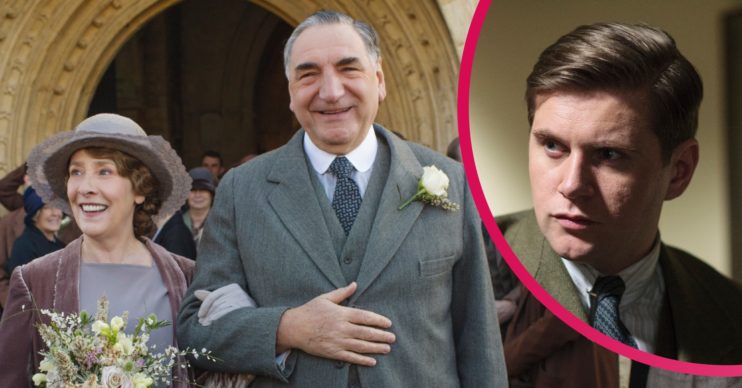 ITV is showing the final series on Sunday nights

Fans are being treated to a re-run of the final ever series and last night (Sunday, July 26) saw a double bill including the wedding of Carson and Mrs Hughes.

The nostalgic Sunday evening viewing has left fans feeling all warm and fuzzy and in desperate need of another series.

Please bring it back!

Having watched all of Downton before hasn’t put most viewers off, they are loving watching it again.

Many are calling for new episodes.

I’ve rewatched all of #DowntonAbbey from back in lockdown & have completely adored every single moment. It’s easily one of the best dramas that’s ever been on the telly. As soon as that music starts my body relaxes, ready for pure joy.

Oh god, how I’ve missed #downtonabbey still one of the best things on TV. Please bring it back @ITV

The first episode on Sunday night focused on Carson and Mrs Hughes getting hitched.

But thankfully they got their moment and said ‘I do’.

During the wedding reception, Branston returned to Downton and announced it was his and daughter Sybbie’s home and he wanted to return full time.

Will there be a new series of Downton Abbey?

Demand for a comeback was met with a 2019 film in which the King and Queen came to visit Downton.

Jim Carter, who played Carson, spoke the Express.co.uk when the film was released and said of a new TV series: “I think it’s quite tricky to get 20 cast members together for a film which is nine or 10 weeks filming.

“But to get us all back together for say six months, which it takes to do the TV series, I think that would be tricky.”

He added: “I think the series is done. People enjoyed it but to have a one-off film as a treat is what is it – a treat.”

There has been talk of a sequel to the film, however.

Writer Julian Fellowes has already admitted he has some plans and ideas over what he could do next should another movie happen.

Downton Abbey is on Sunday nights at 8pm on ITV.