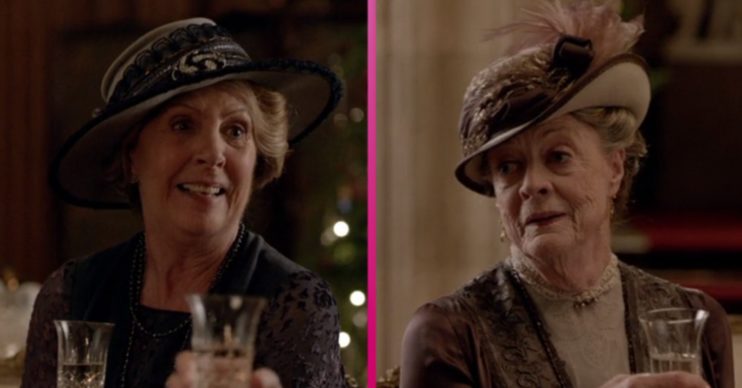 Downton Abbey ending has ITV viewers in tears all over again

They forgot how emotional it is

Downton Abbey fans were in tears all over again last night as the show’s ending aired on ITV.

The final episode of the last small-screen instalment in the popular period drama was shown on Sunday (August 16) evening.

And it appears viewers had forgotten just how emotional the closing scene is.

What happens during the Downton Abbey ending?

It brought happy endings for many at Downton Abbey, including Anna and Mr Bates, who finally welcomed a baby son, and Thomas Barrow, who stepped into the role of head butler after Carson retired for a quiet life with his wife, the former Mrs Hughes.

At the very end, the stars gathered to sing Auld Lang Syne as they rang in the new year.

Violet Crawley, the Dowager Countess, said: “It makes me smile the way every year, we drink to the future, whatever it may bring.”

Her former adversary, Isobel, replied: “What else could we drink to? We’re going forward to the future, not back into the past.”

Violet then quipped: “If only we had the choice!”

Viewers were in bits as they revisited the emotional scenes.

They’re all so happy.

Another tweeted: “Sobbing at the end of #downtonabbey. It’s not as if I haven’t seen it before…”

A third wrote: “I love #downtonabbey. I love everything about it. I’d forgotten that the final episode had so many happy endings.”

#downtonabbey Despite having seen it before, im still sobbing like a baby!

Calls for a new series

Last month, viewers were desperate for a new series of the programme, which aired for six seasons between 2010 and 2016.

They got to see what happened next last year, when the first Downton Abbey film hit cinemas in the UK.

But now, fans are begging ITV to bring the show back to the small screen for another series charting the highs and lows of the Crawleys and their beloved staff.

What do you think of the last episode of Downton Abbey? Leave us a comment on our Facebook page @EntertainmentDailyFix and let us know.