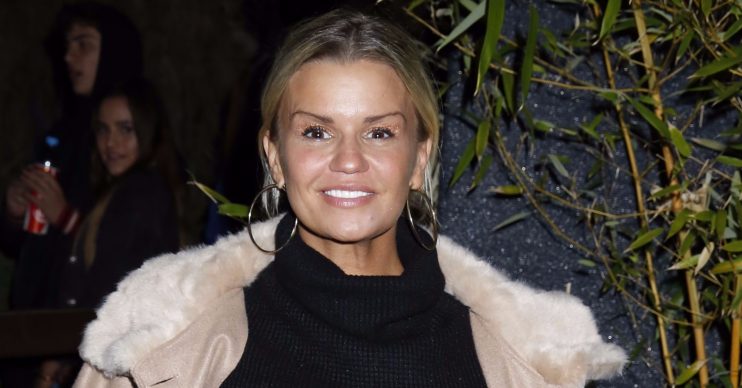 Katie and Kieran have two kids together

But Kerry said she’s concerned the news last week the pair are planning to marry will have a negative impact on his estranged wife, Katie.

She wrote in her column for new! magazine: “I know Kieran and I’m really happy for him, but I’m also good mates with Kate and in a way I do feel sorry for her. I’m worried it’ll mess her head up.”

I’m also good mates with Kate and in a way I do feel sorry for her.

Kerry – who has five children from her three marriages – knows Katie wanted to “move on” from Kieran but her own experiences have made her understand it’s still painful to see a former partner build a new future.

She added: “Even though [Katie] was keen for everyone to move on with their lives, it’s always hard to see your ex with someone else.

“It always makes you wonder, ‘What if?’ Believe me, I’ve been there myself! I just hope everyone involved gets their happy ending.”

Michelle confirmed last week that she and Kieran had got engaged after a year of dating.

She shared a photo of them together and wrote on Facebook, alongside a ring and diamond emojis: “So today at sunset I became a fiancée.”

Kieran – who has Jett, six, and Bunny, five, with Katie – reportedly popped the question while the couple were on holiday in the Maldives.

A source told The Sun: “Kieran has been planning this for a long time – he’s known he wanted to do this for ages, but wanted to wait for the perfect moment.

“He’s really keen to get the divorce finalised now because he can’t wait to marry Michelle.

“He loves his life with her and wants to make it official.”

Kieran and Katie split in 2018 after five years of marriage and are currently waiting for their divorce to be finalised.