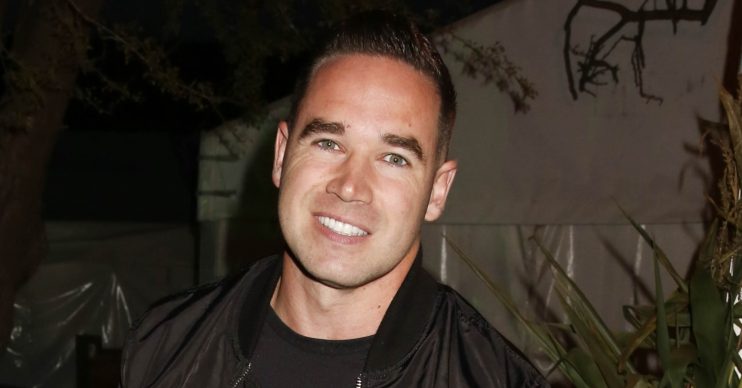 They've been dating for over a year

Kieran Hayler is reportedly engaged to his girlfriend Michelle Penticost following his split from Katie Price.

The former stripper apparently got down on one knee in the Maldives after dating Michelle for over a year.

According to The Sun, Michelle announced the news on her Facebook page as she shared photos from the proposal.

One image showed the couple kissing on the beach at sunset.

Michelle is said to have captioned the post: “So today at sunset I became a fiance,” alongside a series of emojis, such as a ring, champagne and a diamond.

Kieran has been planning this for a long time.

Kieran has not yet confirmed the news on social media.

A source also told The Sun: “Kieran has been planning this for a long time – he’s known he wanted to do this for ages, but wanted to wait for the perfect moment.

“He’s really keen to get the divorce finalised now because he can’t wait to marry Michelle.

My valentine!!!! My best friend, my rock and my soul mate. You have completed me and I am the happiest I have ever been. I Love our little family and I love creating memories every day. People don’t even see half of what you do for me and the kids, but that doesn’t matter because everything you do, means everything to me. I love you ❤️

“He loves his life with her and wants to make it official.”

Ent Daily has contacted reps for Kieran for comment.

The publication claims Kieran is still married to Katie, with their divorce set to be finalised any day now.

Last month, it was reported that Katie was planning a divorce party.

A source told The Sun Online at the time: “It took a long time for Katie and Kieran to come to an agreement over the divorce – not least because Kieran was holding out over money he believed he was owed.

“However after Katie was declared bankrupt last year it became clear this was no longer worth waiting for or fighting for. Another issue, particularly for Kieran, has been Katie talking about what went on in the marriage and his behaviour.

“Katie has agreed that she is happy to now just move on and not talk about the past. Kieran hurt her during the marriage but she is only looking to the future now and isn’t bothered about holding grudges.”