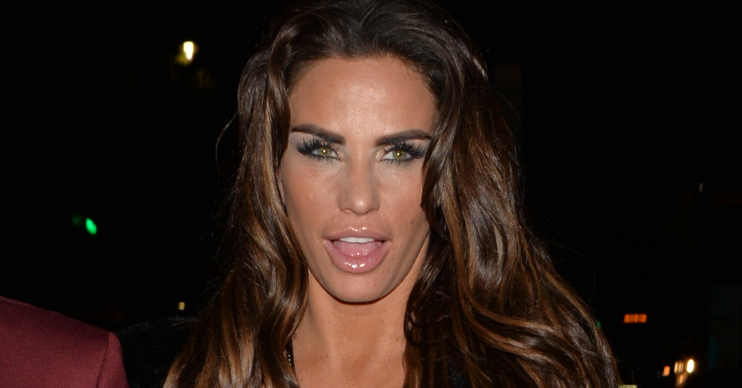 The love life of Katie Price has had its fair share of troubles over the past couple of years – however, it finally seems to be moving forward again.

And now, Katie seems to be enjoying the attentions of a wealthy businessman who is 17 years her junior.

Louis Casper Dunweber, 24, uploaded images to his Instagram account that showed Katie pointing to a large white teddy bear and a heart emblazoned with the words ‘I love you’.

According to The Sun Online, Dunweber presented the gifts to Katie after he picked her up in his Range Rover.

The images have since been deleted from social media.

However, an ‘insider’ told the website that the businessman is really floating Katie’s boat at the moment.

They said of the couple, who reportedly met through a mutual friend: “Katie and Louis have only just met really, but they have really hit it off.

“He is everything she is looking for – rich, career-focused, young and good-looking.

“At first, they didn’t seem too worried about people seeing them, but it seems they have had a change of heart and Katie might be going for a private relationship for the first time ever.”

Last week, Katie announced on her Instagram Stories that her divorce from Kieran Hayler is finally going through.

Read more: Katie Price ‘slammed by neighbours’ after her dog killed by car

Kieran is now dating actress Michelle Pentecost, and Katie insisted that there is no ill feeling between her and her former husband.

She wrote: “Finally, me and Kieran will be divorced in [the] next few days, and how amicable it has been.

“Respect, he is the first man not wanting anything from our divorce, and [I] wish him a happy future with Michelle.

“Now I’m free and will never give up that happy fairytale ending of one day getting married and having my family unit I desire.”

Since splitting from Kieran, Katie has also dated personal trainer Kris Boyson. However, they went their separate ways at the end of last year.