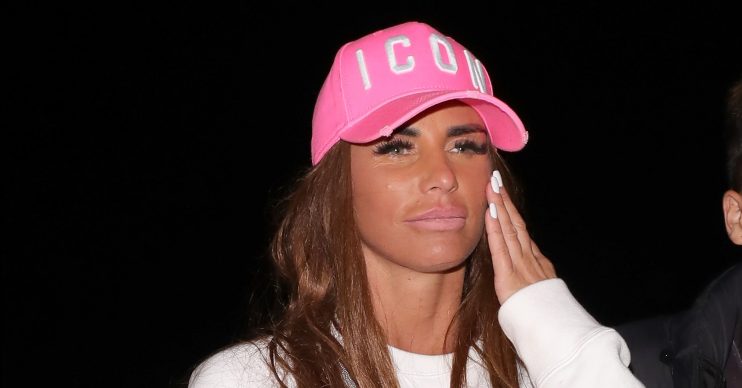 He claims Katie leaked information about his sex life

A high court judge ruled bankrupt Katie Price must pay ex-husband Alex Reid £25,000 after she allegedly shared details of his sex life and showed a TV audience a video of him.

Read more: Katie Price ‘wants to have a fling with Mel B to make headlines and get a reaction from Peter Andre’

The judge ruled in favour of the former cage fighter ordering Katie to pay damages for ‘distributing private information – some of it a sexual nature’.

The amount of damages was decided on at the High Court today (March 13) after Alex won the judgement in November.

Alex claims that Katie played a video of him to an audience of around 40 people off-camera during filming on Celebrity Big Brother’s Bit on the Side in January 2018.

Read more: Katie Price ‘jets off to Las Vegas for another holiday to let her hair down’

He also says criminals tried to blackmail him in 2013 using material they had obtained from Katie.

How that footage came to the blackmailers, the only feasible answer, was that it could have come from Ms Price.

The court heard that Alex had been ‘vilified’ after his ex-wife shared the intimate details.

He was then blackmailed with a video and said in a statement:”How that footage came to the blackmailers, the only feasible answer, was that it could have come from Ms Price.”

The court was told that Katie is bankrupt and it was revealed that Alex will be in a ‘line of creditors’.

Alex also said that Katie revealed he dresses up in women’s clothing and has an alter-ego called Roxanne in 2009.

It was then he also became aware Katie had explicit images of him on her laptop, which she then promised to delete.

Barrister Philip Williams, for Alex, told the High Court: “It’s an understatement to say that it had a devastating effect on him.

“Whatever money he is paid, it’s just not going to give him his life back. It’s been destroyed.”

The news comes after Katie disabled her Instagram account yesterday (March 12) saying she needed to “take a break” from social media.

She said in an Instagram story at the time: “I’ve decided to take a break from this horrible media world.

“I’m absolutely heart broken… I’m having a dramatic change in my life for the better. I don’t want to have to read or see anything in the press about me, my family & friends or my exes.