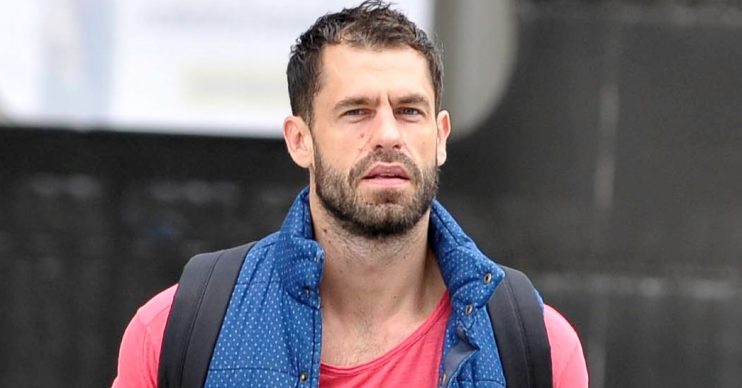 It allegedly was going on for over a year

Kelvin Fletcher has been accused of ‘sexting’ and sending ‘X-rated’ images to another woman.

It’s been claimed by The Sun that the former Emmerdale actor has been in contact with a PR girl over the past year.

The tabloid also alleges that the married father-of-two tried to meet up with her when he was working away from home.

Ent Daily has contacted representatives for Kelvin for comment.

The allegations come after it was reported that Kelvin, 36, and his wife Eliza Marsland’s marriage was ‘on the rocks’ after his late night out with his Strictly Come Dancing partner Oti Mabuse.

The drama began when the champions were pictured on a night out on February 7 at the Sanctum Soho Hotel in London as they apparently stayed out until 3am.

At the time, it was claimed that Eliza was “upset” over the images and she later unfollowed Kelvin on Instagram.

Meanwhile, earlier this week, she was spotted without her wedding ring on but she later cleared things up, revealing the ring only comes out on “special occasions” and it was “fake tan day”.

She said on her Instagram Story: “That ring is heavy. It only comes out on special occasions! Oh and it was fake tan day #nodramahere.”

I am just a little bit bewildered by all the attention.

Following the rumours, Kelvin broke his silence and admitted he was “bewildered” by the attention.

He told The Sun: “Everything is amazing. I am just a little bit bewildered by all the attention. But I am sure it will all blow over.”

Meanwhile, a source recently claimed the pair’s marriage is “fine” telling The Sun: “Their marriage is fine – [Eliza] got a bit upset about his nights out while she was at home but there’s nothing more to it than that.”

Kelvin and Eliza, who married in 2015, have two children together – daughter Marnie, three, and son Milo, one.