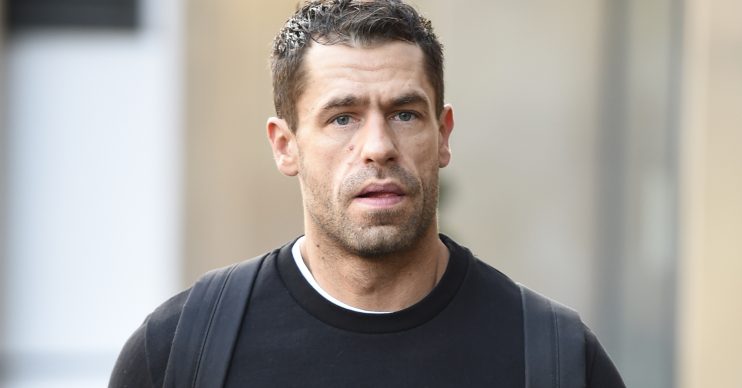 This comes after the Strictly Come Dancing champion was pictured on a night out with professional dancer Oti Mabuse on Friday night at the Sanctum Soho Hotel in London.

Kelvin is still currently following Eliza, with whom he has two small children, Marnie, three, and son Milo, one.

He has recently been away from his young family, working on the Strictly Come Dancing tour, where he’s partnered with Janette Manrara.

We did it! Never in a million years did I think I’d be dancing in an arena in front of thousands of people! What an incredible experience and what pure joy it was to dance with @jmanrara We laughed so much and I know I’ve made a friend for life. This marks the end of my whole strictly journey and what a way to end. Thank you from the bottom of my heart to the creatives, crew, pro dancers & fellow cast. Most of all I’d like to say a BIG thank you to the fantastic #Strictly fans! ❤🙌🏻🕺🏻 And finally it just leaves me to say……. keeeeeep dancing! 😜 @bbcstrictly @strictlycomedancinglive

Read More: Oti Mabuse says there’s ‘nothing there’ between her and Strictly partner Kelvin Fletcher

The 36-year-old recently shared a gorgeous picture of his wife and children, revealing how much he has been missing them.

Alongside the image, the former Emmerdale actor wrote: “Counting down the days until I’m back home with my family.”

According to a Mail Online source, Eliza was upset to see pictures of her husband out drinking at 3.30am.

Kelvin met Eliza at school and she was the first girl he ever kissed.

They lost touch for a while as she went to uni and he found fame on Emmerdale but they met again by chance in a bar in Manchester.

The couple married in 2015, and they welcomed daughter Marnie in August 2016, followed by son Milo last December.

Kelvin previously admitted he’d felt bad spending so much time away from home in an interview with HELLO! following his Strictly win in December.

Start and end of the decade. 2010 partying in Las Vegas. Young and in love, no kids and no worries 😂 2020 relaxing (didn’t relax for a second) in Dubai. A little older but more in love, 2 kids and only little kid worries. Time flies. Enjoy every second ❤️

He told the magazine: “I’ve felt a little bit guilty being away from them so I definitely want to take them away and just see them and hold them.”

“It still feels just so surreal, and when you don’t expect something and it happens it’s just really quite hard to take.

“I wish I had more words in my vocabulary to explain how I feel.”

Ent Daily has contacted reps for Kelvin for comment.

Visit our Facebook Page @EntertainmentDailyFix and tell us what you think of this story.