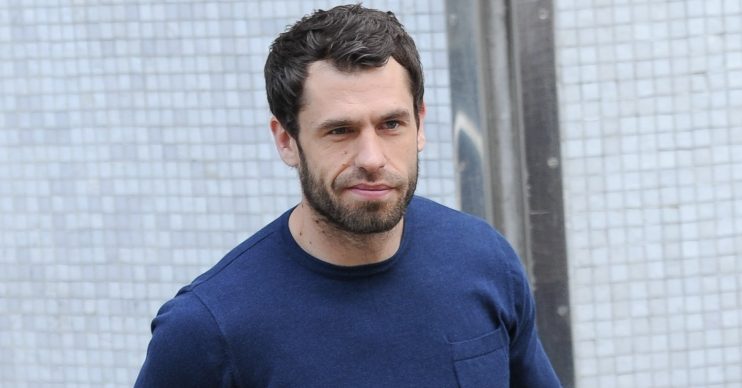 It comes after his night out with Oti Mabuse

Kelvin Fletcher has gushed over his wife Eliza Marsland’s ‘natural beauty’ following rumours their marriage is on the rocks.

The Strictly Come Dancing champion was pictured on a night out with his dance partner Oti Mabuse on Friday (February 7) at the Sanctum Soho Hotel in London.

On Tuesday, Eliza – who reportedly unfollowed Kelvin on Instagram after the pics emerged – was pictured without her wedding ring on sparking rumours their marriage was breaking down.

However, the mum-of-two later insisted the ring only comes out on “special occasions” and it was “fake tan day”.

Posting on her Instagram Story, Eliza said: “That ring is heavy. It only comes out on special occasions!

“Oh and it was fake tan day #nodramahere.”

She wrote: “When they ask ‘Can you make it extra huskier?’ No problem!!!! Here we go with the Valentines adverts!” [Sic]

When they ask ‘Can you make it extra huskier?’ No problem!!!! Here we go with the Valentines adverts! ❤️#VO 🎧 @agentdaeche

Former Emmerdale actor Kelvin commented: “How many filters have you used here?! Come on you don’t even need one!”

It was also claimed that Eliza was upset to see pictures of the pair out.

That ring is heavy. It only comes out on special occasions!

A source told The Sun: “Kelvin and Eliza’s relationship has really been hit by his Strictly success.

However, a separate insider later claimed that the couple’s marriage is “fine”.

The source told the publication: “Their marriage is fine – she got a bit upset about his nights out while she was at home but there’s nothing more to it than that.”

Kelvin and Eliza have two children together – daughter Marnie, three, and son Milo, one.

The couple married in 2015 after first meeting at school.