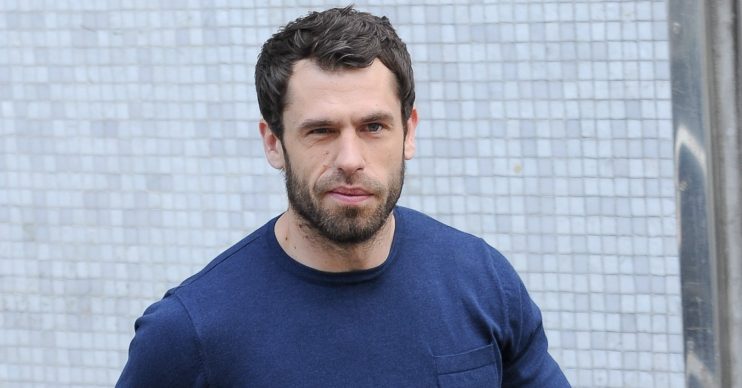 It comes after reports their marriage is 'on the rocks'

The Strictly Come Dancing winner shared a photo of himself and Eliza to Instagram on Friday to mark the occasion.

The little girl got a handmade card which read “Happy Valentine’s” and was decorated with hearts.

Took Marnie to school this morning and we got a lovely little surprise.

She was also given two roses as Kelvin told fans: “Took Marnie to school this morning and we got a lovely little surprise. Her first ever Valentine’s.”

The star recently insisted his marriage is “amazing” following reports it was on the rocks after his late night out with his Strictly partner Oti Mabuse.

It was reported that Eliza unfollowed Kelvin on Instagram after the images emerged before being spotted without her wedding ring on.

However, Eliza later cleared things up, revealing the ring only comes out on “special occasions” and it was “fake tan day”.

Speaking about his marriage this week, Kelvin told The Sun: “Everything is amazing.

It’s since been reported that Strictly bosses are worried Oti may leave the show following the reports.

Ent Daily contacted reps for Strictly and Oti for comment.