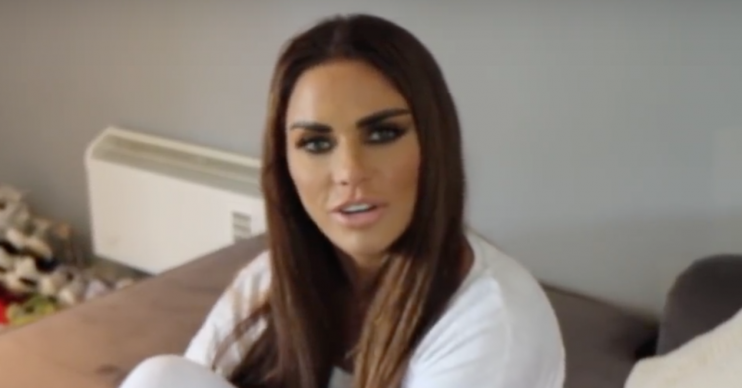 She was hoping it would provide an opportunity to relaunch her career and win back the public’s affections.

Katie is said to have found the gruelling show too difficult and has already left Raasay Island in Scotland, where it’s being filmed.

The star was thought to have seen the show – which raises funds for Stand Up To Cancer – as her comeback gig.

A source told the Mirror: “Katie was relying on this to turn her career around and show the public she can reinvent herself in a similar way to how she did in the jungle back in 2004.”

Katie famously appeared on I’m A Celebrity – Get Me Out Of Here!, where she met her first husband Peter Andre.

Everyone had high expectations for her, but to last only two days makes people think she done it just for the money.

The source added: “She had all her hair braided to enable her to get really stuck in, but when she discovered she was going to be in Scotland she lost all motivation.”

The Channel 4 show sees famous faces put through their paces in a series of gruelling military training tasks.

Katie headed off to start filming last Tuesday, but the show was seemingly too much for her and she’s already thrown in the towel after “losing motivation” shortly after arriving.

The fact that Katie left after just 48 hours has led some to speculate that she was only in it for the fee – which just happened to be a whopping £120,000!

“Everyone had high expectations for her, but to last only two days makes people think she done [sic] it just for the money.”

Ent Daily has contacted Katie’s reps for a comment.

Meanwhile, Katie’s son Junior Andre was forced to issue a statement warning followers about a fake social media account that was asking for “inappropriate” photos.