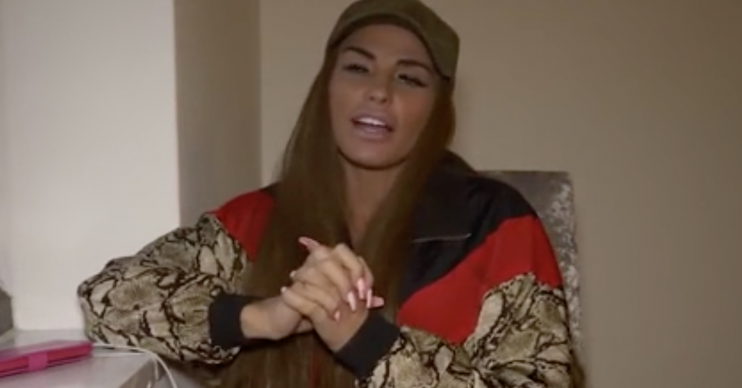 She made the comments before Caroline stepped down

With Caroline Flack stepping down from the first-ever series of Winter Love Island, rumours are rife as to who will replace her as the show’s host.

However, if bankrupt Katie Price gets her way, she could solve ITV’s presenter problem and her money worries in one fell swoop.

The model mum-of-five has thrown her name into the ring and revealed that she would “love” to present the show.

Katie made the comments on her YouTube channel, just weeks before Caroline was arrested and charged with assaulting boyfriend Lewis Burton.

Read more: Katie Price “fights in loo” at Christmas party and brags she has “loads of money”

She said: “Love Island! I would love to present Love Island.”

Katie added: “Sorry Caroline Flack, I would love your job.”

Now that it’s vacant, it could just happen. If not, Katie said she wouldn’t mind taking part in the show as a contestant.

What on/off boyfriend Kris Boyson will make of her comments is anyone’s guess.

She said: “I would even love to be a contestant on Love Island. I wouldn’t want to do a celebrity one – I don’t want a celebrity – but I think I’m at the age limit.”

The star, who underwent a body makeover in Turkey this summer, added: “I’m not allowed to go on an 18-30 holiday but I think I can pass for younger!”

Taking to Instagram she shared a picture of a story about Caroline stepping down and said: “Pick me… pick me!! I’ll stand in!!”