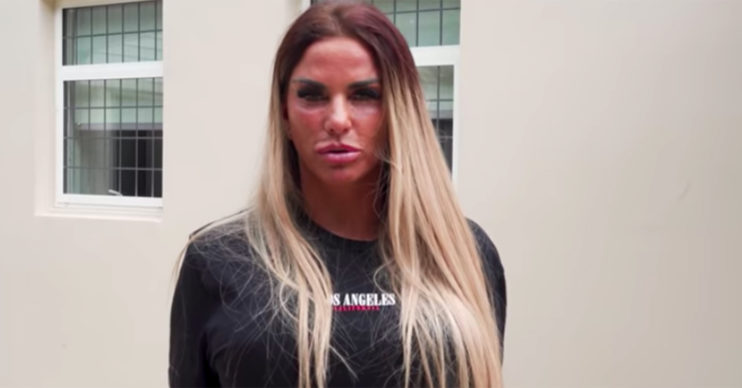 Fans rushed to defend Katie Price after she was trolled on social media.

She even wrote that she hopes to spend the rest of her life with him.

Taking to Instagram, she shared a photo of her gazing adoringly at Carl – a former Love Island star.

Sharing in view of her some 2.2 million followers, she wrote: “Knowing that @carljwoods will be the last man I want to spend the rest my life with is an understatement! I love him so much.”

Some users joked that Katie had said similar things about her past loves.

One user argued: “How many times you said that? Stop kidding yourself, all he sees is the same as the others to make a name and money for himself !!! You love him so much after how many weeks?”

Another user wrote: “You’ve literally said that about every man you have been with.”

Yet another posted: “Unfortunately you set yourself up by posting statements like this, why do you not learn?”

Despite the negative comments, dozens of fans rushed to defend the mum-of-five.

Many accused the naysayers of trolling, and that as long as Katie is happy – that is all that matters.

One fan ardently defended Katie with: “Haters gonna hate @katieprice @carljwoods – so many jealous people on here, just stay the path together and love each other.”

Another user posted: “Follow your heart. Life is for living, so live it Katie. Be happy. Be healthy. And live your best life.”

And a third declared: “Those of you that went out of your way to comment something horrible why would you even bother?

“If you have nothing nice to say then don’t say it at all. Even if she did say that before then so what. What’s it to do with you. Leave the woman alone.

“You must be some bit jealous. She has had a tough week with her son being in hospital. Give her a break.”

Katie has gone on to defend her choice to stay busy while her eldest son, Harvey, 18, remains in hospital.

Knowing that @carljwoods will be the last man I want to spend the rest my life with is a understatement! I love him so much ❤️

Taking to her official YouTube channel, she explained that she is deliberately staying as occupied as possible.

She said: “I can’t visit him the whole time because you are not allowed.

“And because of COVID. So in between when I see him I do stuff that I need to do.”

She added: “A lot of people are saying ‘oh you should be with Harvey’.

“Yeah I should be! But I’m not allowed. It is as simple as that… what am I going to do?

“Sit and wait at home and wait for the clock to when I see Harvey? No. I need to stimulate myself as well.”