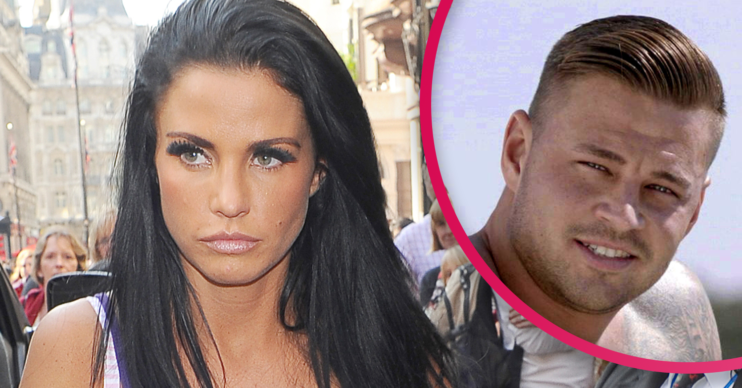 The 42-year-old fired back at haters after uploading a loved-up snap with boyfriend Carl Woods yesterday (July 5).

The photos shows the couple affectionately hugging for a selfie, which Katie captioned: “Best on earth 🌍  @carljwoods❤️ .”

And while most fans were thrilled to see Katie’s love life thriving again, others hit out at the star for jumping into a new relationship.

One wrote: “Won’t be long until you marry and divorce again 😂.”

Another said: “Bore off. Another man.”

The comments clearly didn’t go unnoticed by the mum-of-five, who lashed out at trolls for spreading negativity on her page.

Read more: Emma Willis thanks husband for coping with her ‘bossiness’ on their anniversary

She wrote: “To everyone sticking up for me and all the lovely comments you’re the important people to me and are being positive for me like I’m positive in life now.

“Thank you and to all you vile trolls when my new ‘Harvey’s Law’ comes into place we will see who is laughing!”

Katie has spent years campaigning the government in a bid to create a new law, called Harvey’s Law, to protect people from trolling.

Her 18-year-old son Harvey has been repeatedly and cruelly mocked and abused because of his disabilities.

He was born with the genetic disorder Prader-Willi syndrome, which leaves sufferers feeling constantly hungry. As a result, people with the disorder are prone to diabetes and obesity.

Last week, the reality star gave an update on her campaign status – and declared that her goal is to pass the law.

She wrote on Instagram: “Today is such a big day for me speaking to the petitions committee with my mum about our experiences with online abuse.

“We need to put an end to online bullying, by driving legislation to make it a criminal offence and hold offenders accountable.”

Meanwhile, Katie has finally managed to get her love life back on track.

Following a string of failed relationships, the TV personality revealed on Saturday that her boyfriend is none other than former Love Island star Carl Woods.

Carl, 31, appeared briefly in 2016’s series as a bombshell. However, he never made it inside the infamous villa.

According to a report in The Sun, a friend of Katie played matchmaker and encouraged her to date Carl.

The source says: “Katie wasn’t looking for love or a serious relationship but just weeks after meeting Carl, she fell head over heels for him. She’s surprised how fast they clicked.

“He’s her ideal man, really: he’s got a job and his own money, he’s fit, they have a laugh – and she really fancies him.”