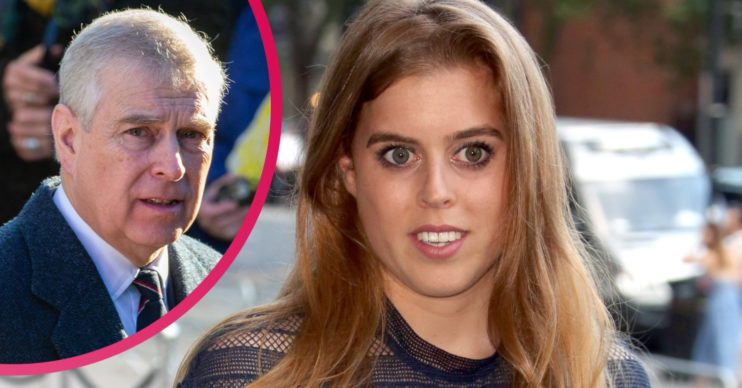 Prince Andrew was able to walk his eldest daughter, Princess Beatrice, down the aisle.

Buckingham Palace has confirmed that he did so, despite the Prince being absent in all released wedding photographs so far.

Due to coronavirus lockdown restrictions, only small weddings are currently permitted.

Fathers walking their daughters down the aisle is also prohibited. However, a report states an allowance was made as Prince Andrew had isolated with Beatrice for “some time”.

According to The Telegraph: “While coronavirus rules currently prohibit the father of the bride from walking his daughter down the aisle, sources confirmed that the Duke had been able to do so as Princess Beatrice had been isolating with her close family ‘for some time’.”

Buckingham Palace confirmed: “The bride was walked down the aisle by her father.”

The Queen and Prince Phillip attended the intimate ceremony at Windsor Castle.

Edoardo’s three-year-old son, Wolfie, was best man and page boy at the service.

Beatrice’s mother, Sarah, Duchess of York, and the groom’s mother, Nikki Williams-Ellis, read “two of the couple’s favourite poems”. They were I carry you in my heart by E. E. Cummings and Sonnet 116 by William Shakespeare.

The service also included St Paul’s First Letter to the Corinthians Chapter 13, verses 1-13, but there was no singing.

The wedding stuck to government rules

Buckingham Palace said: “In accordance with government guidelines, no hymns were sung, but a selection of music was played. The National Anthem was played – but not sung.”

Meanwhile, two more official photos of the happy couple have been released by the royal family.

In one, the groom gazed at his wife as he clasped his hand. Meanwhile the second showed the couple grinning as they walked down some steps and emerged from the trees.

I carry your heart with me (i carry it in my heart) i am never without it (anywhere i go you go, my dear; and whatever is done by only me is your doing, my darling) i fear no fate (for you are my fate, my sweet) i want no world (for beautiful you are my world, my true) and it’s you are whatever a moon has always meant and whatever a sun will always sing is you here is the deepest secret nobody knows (here is the root of the root and the bud of the bud and the sky of the sky of a tree called life; which grows higher than the soul can hope or mind can hide) and this is the wonder that’s keeping the stars apart i carry your heart (i carry it in my heart)

A tweet alongside the pictures read: “Her Royal Highness Princess Beatrice of York and Mr. Mapelli Mozzi have been touched by the warm wishes they have received since their wedding, and are delighted to share two additional photographs of their happy day. #RoyalWedding (sic)”

The groom posted the same pictures plus a third which featured the couple almost in silhouette as they gazed into the distance. The bride – who wore a vintage dress owned by her grandmother, Queen Elizabeth, and the tiara the monarch wore at her own wedding to Prince Philip – was touching her hair.