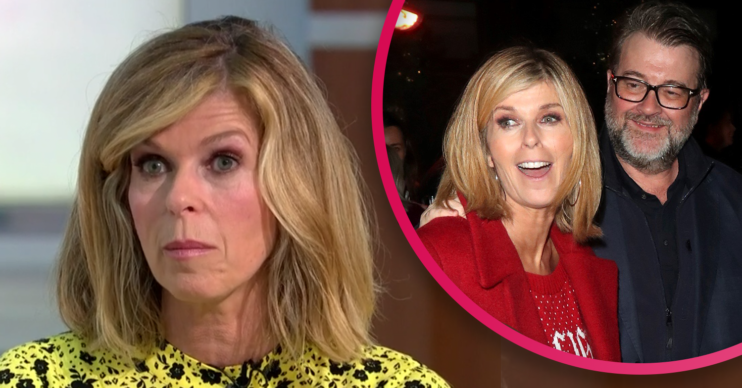 'It's a very desperate situation.'

She revealed that Derek Draper has opened his eyes for the first time since his battle with COVID-19 started back in March.

“He was induced into coma – which is what they were doing then because it’s a way of resting the lungs for people with acute COVID,” she said.

“Now, they’re no longer keeping him in the coma but they can’t wake him up.

“There are two types of coma, vegetative…and minimum state of consciousness.

“Wonderfully, his eyes are opening, but we have no real knowledge of what he can see and feel and hear.”

Kate went on to reveal that Derek’s lungs are starting to recover and that his kidneys and liver are doing better as well.

However, as COVID-19 is a new virus, there is no medical data to turn to.

This means that doctors do not know how much more better Derek will get.

“A doctor said yesterday ‘He is as sick as anyone I’ve ever seen in 35 years of medicine and some of the people I have seen that were as sick as him aren’t here now’.”

The hospital has called Kate six times to tell her that Derek wasn’t going to make it.

But he has miraculously pulled through each time.

“Now, they hey are checking for things earlier on in other patients, which is a wonderful sign – I keep telling him this over FaceTime.

“But it’s also, as his wife, utterly infuriating that he had to be the one that did it.”

Derek is one of the worst affect COVID-19 patients in the country.

When asked why he had suffered so badly with the virus, Kate said: “He was  a little bit overweight – I’m a little bit of a feeder, but there are zero underlying conditions.

“He’s young comparatively to the eople that have been affected – he’ s 52. So there is no explanation really.”