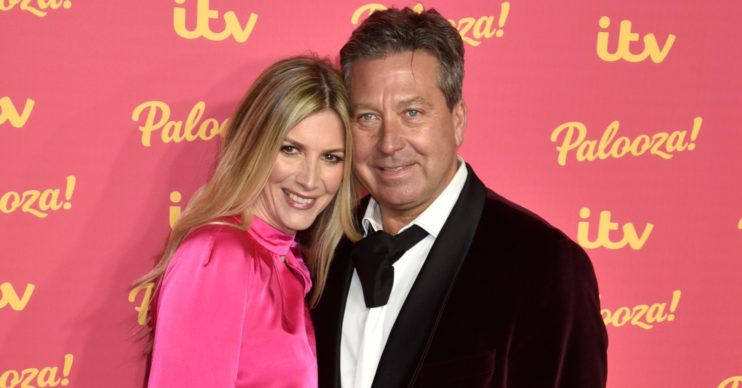 The couple tied the knot in October 2019

John Torode has shared a heartfelt tribute to wife Lisa Faulkner as they celebrate eight years of dating.

Ahead of their upcoming wedding anniversary, the MasterChef star revealed it’s also eight years since he and his wife first embarked on their romance.

Taking to Instagram, John shared a shot of Lisa standing next to a huge tree.

The former EastEnders star, 48, was joined by the couple’s adorable dog Rory.

Captioning the photo, John, 55, wrote: “A big tree, big sky and a girl with the biggest heart .. happy 8th @lisafaulknercooks.”

Fans were quick to congratulate the pair, with one writing: “Congratulations on 8 years together.”

A big tree , big sky and a girl with the biggest heart .. happy 8th ❤️@lisafaulknercooks

A third added: “Happy Anniversary to you both!”

While it may have been eight years since the pair first began dating, John and Lisa eventually tied the knot in October 2019.

Posting on Instagram shortly after, Lisa told fans it had been the happiest day of her life, saying: “I married the man of my dreams, @johntorodecooks, and we had the BEST Day EVER, filled with all our family and friends and such Love.”

Fans were wondering if the couple would ever marry as they had been an item for five years at the time.

Lisa was so shocked when John finally did pop the question, she didn’t say yes straight away.

During an appearance on Good Morning Britain, John recalled: “She didn’t yes for three and a half hours because she was so gobsmacked.

The pair first met when the actress took part in Celebrity Masterchef 2010.

At the time, Lisa was married to EastEnders actor Chris Coghill with whom she shares adopted daughter Billie.